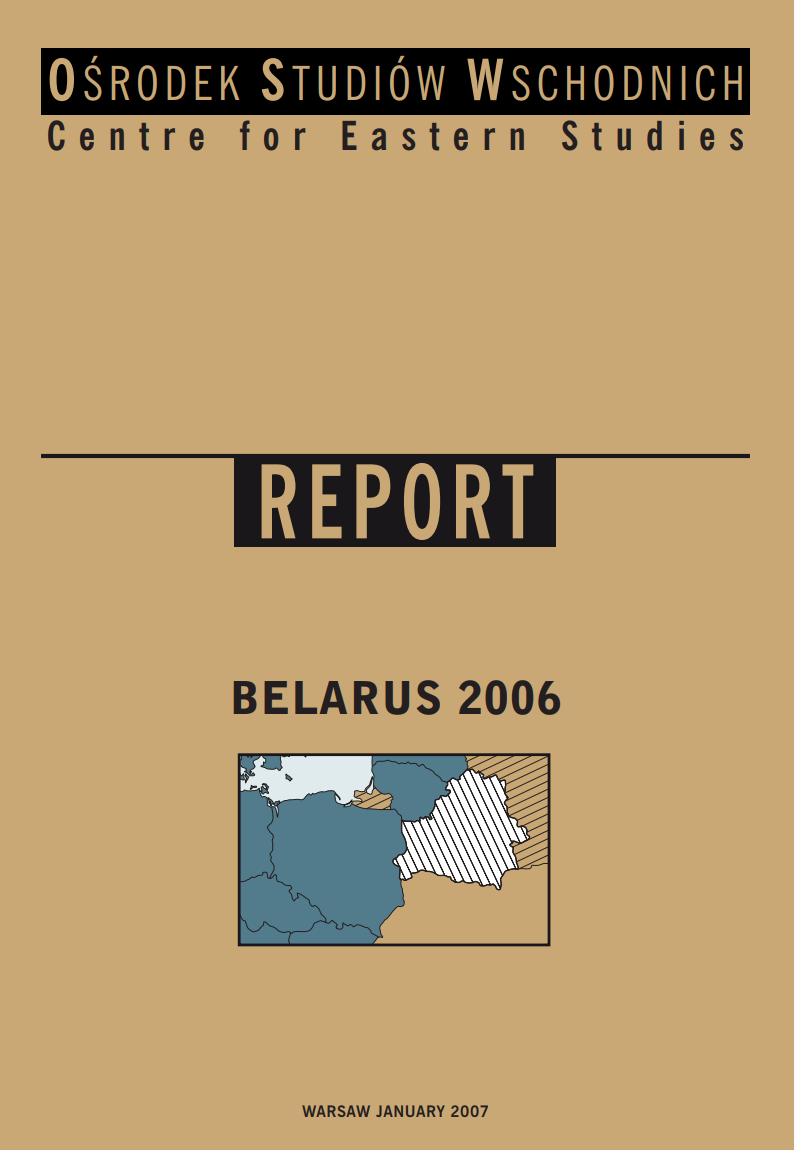 Author(s): Rafał Sadowski
Subject(s): Politics, Governance, Public Administration, Public Law, Geopolitics
Published by: Ośrodek Studiów Wschodnich im. Marka Karpia
Keywords: Belarus
Summary/Abstract: The presidential election of 19 March 2006, which Alyaksandr Lukashenka won, played an important role in developing the dictatorial political regime in Belarus. In order to ensure Lukashenka's victory, the authorities employed repressive and undemocratic methods, which since then have become permanent elements of the political system in Belarus. They included legal and administrative measures to limit the citizens' freedom, arbitrary ways of applying these measures, actions by the state security institutions intended to intimidate the public, a large-scale state propaganda campaign, and restrictions on civil liberties and freedom of speech. The presidential election strengthened Alyaksandr Lukashenka's political position, as the president extended his rule by another five years to 2011. It also reinforced the repression apparatus, consolidated the ruling group and ensured that the democrats remained marginalised. This has ensured the stability of the Belarusian regime and preserved the country's specific political and economic system.This report aims to present the situation in Belarus since the presidential election in March 2006.Part I, devoted to the internal situation, is a description of the internal political scene, i.e. the ruling camp and the opposition. It also includes a section on the prevailing moods in Belarusian society. Another section presents the economic situation in Belarus and the government's economic policy.Part II examines the foreign relations of Belarus, and consists of two sections: the first describes the Belarusian government's relations with Russia, its single most important foreign partner, and the second its relations with Western countries, i.e. the EU member states and NATO countries. Finally, the last part contains predictions of future developments in Belarus.