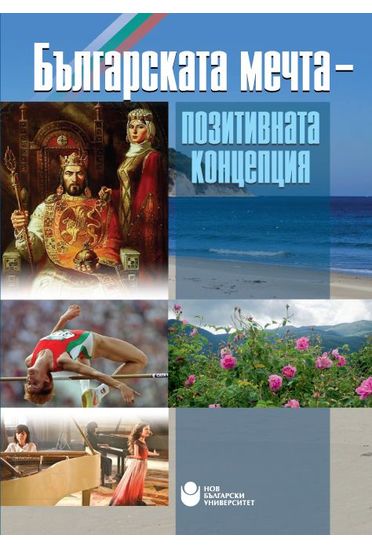 Трансформацията на българската мечта
The transformations of the Bulgarian dream

Author(s): Boyan Durankev
Subject(s): Philosophy, Essay|Book Review |Scientific Life, Ethics / Practical Philosophy, Social Philosophy, Cultural Essay, Societal Essay
Published by: Нов български университет
Keywords: People; folk dreams; state socialism; global capitalism
Summary/Abstract: Historically, the manifestations of Bulgarian dreams are analyzed. Consider the extent to which endogenous and exogenous factors and conditions allowed dreams to come true. The Bulgarian dream for honest labor, creativity and life in their homeland was established back in time – more than 1300 years ago. During all the distinct periods (from internal and external conditions and factors), this dream has undergone substantial alternations, however, not in its roots. My generation has experienced two signifi cant changes to our dream. The fi rst distinct period began in the distant 1945 when the dream was to ensure the livelihood, health and education of all Bulgarian citizens through the system of socio-economic planning in Bulgaria and in the CMEA. Society and the economy were systems, whether, businesses and people – inseparable elements of these systems. The second distinct period began in 1990 when the creation of the „Common European Home“ began on the basis of the „decomposition of the planned economy“ and the affi rmation of freedom of personality and human rights. During this second period, the European countries, Bulgaria, and the individual economic agents were placed in a competitive environment – „whatever you do, you do it for yourself.“ Society and the economy have become clusters in which the horizontal ties (seemingly) were dominant. Both, the first and the second, periods possessed their merits and defi ciencies, which suggests that potentially the Bulgarian dream has to redefi ne its format, as well as, its content.