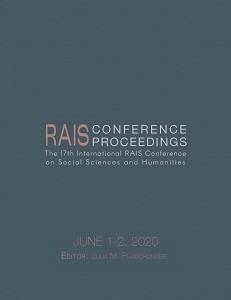 Author(s): Ioan-Gheorghe Rotaru
Subject(s): Education, Social development, History of Religion
Published by: Scientia Moralitas Research Institute
Keywords: education; religion; Jerusalem; Babylon; symbol;
Summary/Abstract: In this study we will analyze some key aspects of Jewish education as well as education in the Babylonian schools. This analysis is made in the light of the experiences related in the book of the prophet Daniel. Each type of school (Jerusalem or Babylon) had its own specifics and it is important to highlight which are the key elements of each. Daniel was an interesting character who went through both the Hebrew school and the Babylonian school. Regarding the school curriculum, it must be said that in the respective Jewish schools they studied the Law, in order to know all the laws, then they learned their history, the sacred history, about the way God guided them everywhere throughout their lives. Then they learned poetry, because poetry was a poem, an epic that conveyed the victory, the glory, the history of the people and the divine interventions in their lives and history. Fourthly, they studied music. They did not have many subjects, they only had four, but these four included a very wide range of information, and the school that Daniel attended included these elements, and in addition he also learned the Aramaic language, a language of universal circulation in those times, similar to the English language in our times. In the Babylonian School the study of languages, mathematics, astronomy, business were top fields of Babylonian science. But the Babylonian schools also had a negative side. Thus, starting from astronomy, the Babylonians created another science, namely astrology, which for them was a true science, and it could be called differently such as: futurology, riddle, astrology, zodiac, etc. Daniel, whether he liked it or not, faced this type of practice in Babylon.