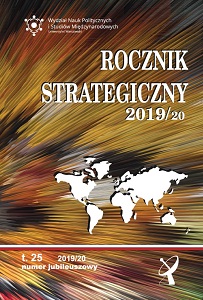 Author(s): Grzegorz Rydlewski
Subject(s): Politics / Political Sciences, Social Sciences, Economy, Law, Constitution, Jurisprudence, Geography, Regional studies
Published by: Wydawnictwo Naukowe Scholar Sp. z o.o.
Keywords: model of government; regime change; constitution; European transformation; modernization of the state
Summary/Abstract: After 1989, Poland’s regime, its political system, governing mechanisms, and itsadministrative system have undergone a peaceful change of a revolutionary nature.The rejection of the solutions typical of a socialist state and their replacement withmechanisms of a democratic state, governed by the rule of law, has progressed in threestages: systemic changes, European transformation, and qualitative modernization.The economic system as well as the organization, principles, and standards of operationof public institutions have been radically reshaped. Three constitutional regimes havesucceeded one after another. On the political scene, after a period of fragmentation,there emerged two blocs, both internally non-uniform and strongly opposed to oneanother. Bitter rivalry surfaced between the supporters of the liberal and pro-Europeandirection and the proponents of the conservative project that emphasized particularismsand focused on threats to national interests. Poland’s parliamentary cabinet system,with its separation of powers, dual executive and a strong local government, gave riseto a polycentric, multilayered and multilane model of government that was fi rmlygrounded in a constitutional model but still not immune to threats in practice. After2015, political power has been given to the leader of the biggest party in the Parliament,who is free of any constitutional responsibility; attempts to do away with the separationof powers have also got more aggressive. The will of the people has been interpreted assynonymous with immediate interests of the dominating party. Attempts to eliminateminority voices from the discussion of public matters have been many and evident.The overall positive outcome of the Polish transformation does not excuse the researcherfrom evaluating in an exhaustive manner and continuously identifying the criticalpoints and strategic challenges that Poland faces in the domain of governing.