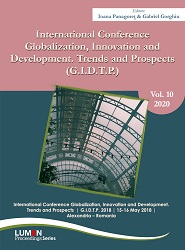 Author(s): Denisa Barbu
Subject(s): Constitutional Law, Court case
Published by: Editura Lumen, Asociatia Lumen
Keywords: jurisdictional practice; the interpretation; the method; decision; the competence;
Summary/Abstract: Apart from other remedies - reviewing or appealing, jurisdictional practice also knows the recourse in interpreting and rectifying errors. Thus, when the IJC had the power to pronounce a decision, it also has the competence to interpret it, as in art. 98 of the ICJ Regulation. The Court may, at the request of either party, interpret one of its judgments if there is a disagreement between the views of the parties as to the meaning of the Court’s judgments. In practice, few interpretations requests are known to the Court. The Permanent Court of International Justice was seized twice with such requests, in 1925, for the interpretation of the judgment of 12 September 1924 in the Neuilly Treaty of Peace, the examination of which was refused because it exceeded the provisions of that judgment and in 1926, concerning the interpretation of the judgment of 25 May 1925 pronounced in the Case of German Interests in Upper Silesia, which was admitted by the Court for consideration. As regards the rectification of errors, this appeal is recognized, unlike the ICJ, only by the ECHR practice, and is governed by the Court’s Rules of Art. 81, according to which the errors of writing or computing and the obvious inaccuracies can be rectified by any jurisdictional body of the ECHR, either ex officio, or at the request of a party. Also, the UN Convention on the Law of the Sea in Annex VII art. 12 provides for the option to lodge an appeal for interpretation on the arbitral award issued. Thus, in the event of differences between the parties regarding the interpretation or the method of interpreting the judgment, the interested party has the right to refer the arbitral tribunal of the decision to a request for interpretation.