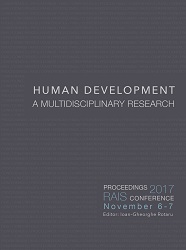 Author(s): Stelian Manolache
Subject(s): Philosophy, Social Sciences, Psychology, Globalization
Published by: Scientia Moralitas Research Institute
Keywords: postmodernity; globalisation; alienation; pseudo/spirituality; supraspiritual structure;
Summary/Abstract: In the large context of the modern and postmodern religiosity, the Lutheran theologian Paul Tillich observed that, in the large context of being/becoming, people are transformed in objects, in medical, psychological and sociological meanings (Achimescu, 2013, 184), marking in his statement the huge process of alienation of the human being, characteristic for our contemporaneity. In fact, exposed to a multitude of vectors of influence and pressure, of multiple economic and cultural conditioning, the post-modern man is actually estranged from the self, from his profound vocation to dialogue and communion with the divinity, constitutive elements for the human being, by the face of God, which is, disregarding the ontological failure of the proto-parents, imprinted in the being of each individual.All this drama of the contemporary humanity takes place – no matter its concrete forms/ manifestation in time and space – between the earth-heaven, absolutized by the recent man (H-R. Patapievici) and considered an autonomous ontological unit, and the sky, from which the human being, called for deification, separates firstly as cult and liturgy and later intellectually; between the earth-heaven, which became the nucleus of a new geocentric Universe, and the sky, rather ignored when it is not the object of more or less occult or esoteric speculations, neo-gnosis or pseudo-metaphysics.