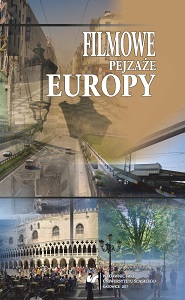 Jako w piekle, tak i na ziemi. Topografia włoskiego kina grozy na przykładzie filmów Daria Argenta
As it is in hell and on earth. A topography of Italian horror cinema based on the example of Dario Argento’s films

Author(s): Przemysław Pieniążek
Subject(s): Fine Arts / Performing Arts, Photography, Film / Cinema / Cinematography
Published by: Wydawnictwo Uniwersytetu Śląskiego
Summary/Abstract: The characters populating the world of Dario Argento’s films are mainly witnesses to a dramatic incident (for instance murder) or persons under a threat and, not always throughthe fault of theirs or willfully, faced with events which are the outcome of chaos pervadingthe psyche of a masked perpetrator, or of an activity of forces of infernal provenance. Themost vivid examples of this narrative are: the Three Mothers Trilogy (1977–2007), emphasizing supernatural motifs, and Phenomena (1985), not deprived of fantastic staff age. However, as the author of the article argues, the space of ordeal in Argento’s films is not limited to topics characteristic of horror films. After all, hell is, what the director himself indicates, mainly a state of a depraved mind, whose mental projection often determines film diegesis, making the set an analogue of the (heavily distorted) mental landscape.Films such as Deep Red (1975), Four Flies on Grey Velvet (1971), Opera (1987) or TheStendhal Syndrome (1996) broaden the spectrum of the director’s characteristic infernalmotifs by strictly spatial categories. Moreover, the author of the article points to the factthat the deliberations about archetypal images, rooted in the psychological thought of CarlGustav Jung, constitute extremely helpful categories for our understanding of the functioningof the infernal landscape in Dario Argento’s films. In most cases, hell, according to theItalian director, seems to be deprived of a metaphysical element; rather, it is a metaphor ofthe darkest nooks and crannies of human minds and unconsciousness which, burdenedby various traumas and suppressed desires, influences the characters’ perception of theirsurrounding world.