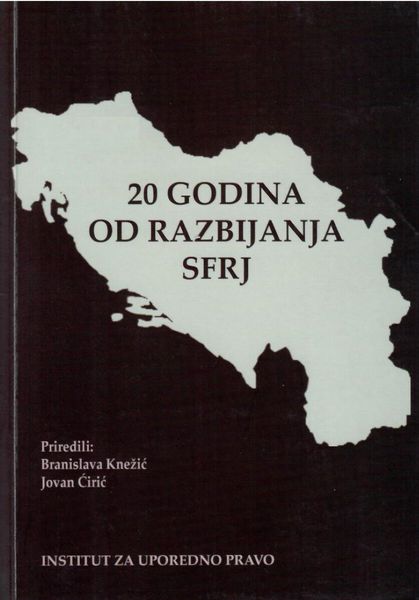 Author(s): Oliver Bačanović, Nataša Jovanova
Subject(s): Social differentiation, Criminology, Transformation Period (1990 - 2010)
Published by: Institut za uporedno pravo
Keywords: transition; countries in transition; youth; juvenile crime; Republic of Macedonia
Summary/Abstract: Accepting the notion of understanding the transition like a combination of deep political, legal, economical and social change within society, with purpose for its fundamental transformation, which can cause dramatic changes, in this paper we start from the premise that transition processes are not only positive but also have negative side (which among other things, expressed through juvenile crime). In this sense, in this paper we have tried to show (description level) the link between the process of transition (specific for the so-called countries in transition), and juvenile crime, whose carriers are representatives of the population which, regarding its main characteristic- age, more specificaly minority, and other biopsycho-social characteristics, belongs to vulnerable groups. In the context of the object and purpose of this paper, are examined this following issues: the concept of transition, a brief overview of the situation in Macedonia after "decomposition of SFRY", transition as a determinant of phenomenology of crime, the impact of transition on young population, and some phenomenological characteristics of juvenile crime in our country during the period of transition. Finally, we suggest juvenile crime to be subject of further deeper researches that will identify not only the phenomenological characteristics of this type of crime, but also to provide enough relevant data that will give answer to the more complex question of the etiology of crime based on objectively determined influence of transition.