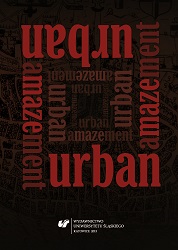 Author(s): Rafał Borysławski
Subject(s): Philosophy, Social Sciences, Language and Literature Studies, Studies of Literature, Sociology, Comparative Study of Literature, Other Language Literature, Rural and urban sociology, Theory of Literature
Published by: Wydawnictwo Uniwersytetu Śląskiego
Keywords: Old English; King Alfred the Great; Boethius; Rome; “The Ruin”; apophasis
Summary/Abstract: The article discusses two Old English cases of walking through cities that no longer exist and the implications that such visions entail for early medieval philosophical perspectives. The first part proposes a conjectural vision of the city of Rome from around the time of the visits of young Prince Alfred of Wessex, future King Alfred the Great, in 853 and in 855 A.D. The second part is constructed upon an understanding of one of the Exeter Book elegies, “The Ruin”, presenting musings on whatever remained from another Roman city, conceivably identifiable with Aqua Sulis, that is, Bath. The reflections of the former encounter with the city may be, perhaps, found in the Meters that accompany Alfred-inspired translation of Boethius’s “De consolatione philosophiae”, and the city present in “The Ruin” is another example of the excidio urbis theme. Together, the two visions confirm the Old English metaphysical value of the city that becomes its negative, that is, the city that is formed by absences, lacunae, and vestiges of its past. Seen in this light, the “cities that are not” are presented here as instances of apophatic thinking, akin to that of Pseudo-Dionysius, whereby more can be expressed by questions and negative statements than by factual testimonials. The proposed Anglo-Saxon walks through ruined cities paradoxically offer an augmentation of reality and an existential practice in the elusiveness of signification extending beyond urban boundaries.