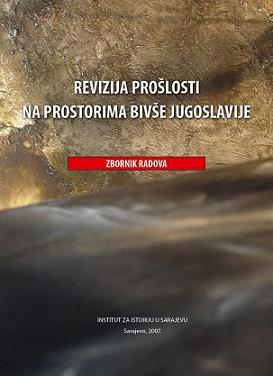 Author(s): Boro Bronza
Subject(s): History, Modern Age, 18th Century, 19th Century, Period(s) of Nation Building, The Ottoman Empire, Between Berlin Congress and WW I, Historical revisionism
Published by: Institut za istoriju
Summary/Abstract: This article deals with the certain aspects of historiography on the space of post Yugoslavian countries in the matter of last few decades of 18th century (1780-1800). This period, known as period of “early national development”, has had a marginal position in the global hemisphere of former Yugoslavian historiography. The fact is that this position was not changed much during last decade. On the other hand, understanding of this short period in the term of its significance in national development on the space of former Yugoslavia is very much increased. There are two reasons for that – nationalistic explosion during 1990′s and greater level of comparative analysis of national development in Europe during the second half of 18th century which was not very present in the earlier historiography. Circumstances at the space of contemporary Slovenia and Macedonia during last few decades of 18th century were much different in the comparison with the other regions of former Yugoslavia, and for that Slovenia and Macedonia are not part of this analysis. The number of books about this problem is very much increased during last decade. Because of great influence of Habsburg Monarchy on the space of former Yugoslavia at the end of 18th century there are numerous books and articles from Austrian historians that have increased influence at the historiography of former Yugoslavia, like for example works of Karl Kaser, Harald Heppner, Ulrike Tischler etc. Their works, together with works of their colleagues from Croatia, Bosnia and Herzegovina, Serbia and Montenegro have led towards some new definitions and conclusions. The emphasis is still on the war between Habsburg Monarchy and Otto¬man Empire 1788-1791. Policy of Habsburg Monarchy towards West Balkan in the last few decades of 18th century was, among other things, marked with the cooperation between Austrian Court and Christians from the space of Ottoman Empire. This kind of cooperation was very present especially in the north-western parts of Bosnia, because of its geographical position and tradition of Austrian military campaigning in this area in numerous encounters during 17th and 18th century. Beside of the offensive military approach of the emperor Joseph II (1780-1790), very significant part in the Austrian policy was political and religious influence on the Christians in the region. The problem for this cooperation and the development of political and religious intentions of local Christian inhabitants was strong confessional division between Catholics and Orthodox Christians, and especially between their religious leaders. The fact is that Austrian policy was a catalyst for faster development of “early national development”, which was speeded through crucial medium for transfer of national and political ideas at that time - religious mobilization. One of the conclusions is that there still are great possibilities in further research of this matter especially in Vienna archives (ÖsterreichischeStaatsarchiv, Abteilung Haus-, Hof- und Staatsarchiv and Abteilung Kriegsarchiv), because some very valuable repports (like for example in series “ Aufstellungsverzeichnis des Botschaftsarchivs Konstantinopel”) are hardly seen by any earlier historian from the space of postyugoslavian countries.