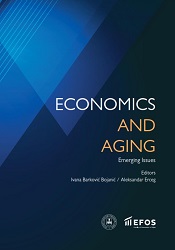 Author(s): Anita Pavković, Alka Obadić, Katarina Marošević
Subject(s): Gender Studies, Supranational / Global Economy, Social differentiation, Human Resources in Economy, Socio-Economic Research
Published by: Sveučilište Josipa Jurja Strossmayera u Osijeku, Ekonomski fakultet u Osijeku
Keywords: aging; gender gap; “glass ceiling” phenomenon; academia; financial sector;
Summary/Abstract: Most Europeans are women, but men still dominate the European labor market. This is especially present in senior positions where vital decisions are made. Therefore, a big gender employment gap and a gender pay gap are still a European reality. Hence, an adequate inclusion of women in the labor markets should be made. In order to present the labor market gender diversity situation at the EU level, the chapter aims to analyze the labor market by age and gender in the EU according to the available projection timeframe with an ageism perspective by gender and the need for inclusive social measures. The gender employment gap has been a European problem for decades. However, in the last decade, it started to stabilize mainly due to the employment rate for men, which started to stabilize, while that of women continues to grow. The chapter concentrates on the older working-age group (55-64) by gender, where those differences are even more pronounced. The analysis includes gender equality in higher job positions in which older age groups are most often found, such as academia, R&I, and decision-making positions in the EU. The fact is that discrimination in career advancement or the “glass ceiling” phenomenon increases with gender and age. The chapter emphasizes social inclusion measures for inclusion of women in the labor market and the importance of social inclusion of the elderly in terms of gender. In order to explore the existence or non-existence of gender (in)equality and career progression issues, the research is focused on the presentation of women and their participation in decision-making and leadership positions in academia and the financial sector. The chapter contains support measures for solving the mentioned social and economic problems based on analyzing current financial system principles and mechanisms for woman empowerment, etc., which should be implemented in other economic activities subjects in business units of EU countries. Consequently, the objective of the chapter is to reshape the position of women in today’s aging society and the ways to improve balance, inclusion, and equality.