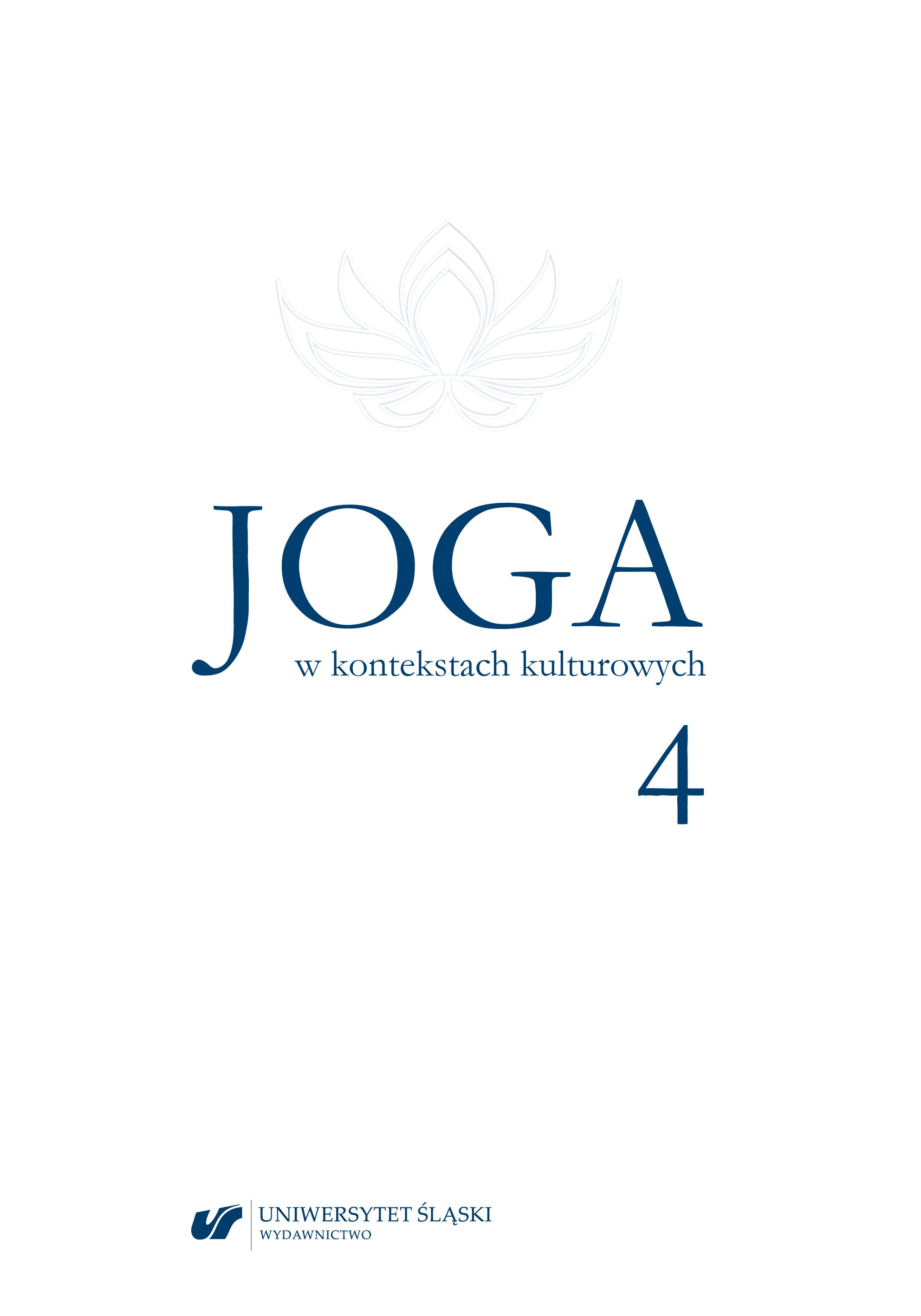 Author(s): Lesław Kulmatycki
Subject(s): Theatre, Dance, Performing Arts, Cultural history, History of ideas, Culture and social structure , History of Religion
Published by: Wydawnictwo Uniwersytetu Śląskiego
Keywords: yoga; Jerzy Grotowski; Laboratorium Theatre; yoga in theatre
Summary/Abstract: Jerzy Grotowski, founder of the Laboratorium Theatre and a charismatic explorer who has combined Eastern and Western modes of working with the body and psyche, has been also inspired by Indian yoga. There are four main phases in his artistic activity: performance theater, participatory theater, source theater, and vibrational song theater. In all of these phases there is a fascination with mystery and understatement. Grotowski consistently seeks a specific language for “opening up to the sacrum,” but in order to achieve this he uses carefully selected “laboratory” tools. He does not adapt ready-made techniques, but rather seeks them in other cultures, observing how they work in order to later propose solutions that seem most appropriate to him. Therefore, in all four of these phases of work, the actor, performer, participant and seeker experiencing the internal process is supposed to transform it into an external process, one that is oriented towards opening rather than closing. Particularly in the last phase of Grotowski’s work, terms such as centers of vital energy, vibration of sound when it is chanted, and verticality of movement of Energy in the body appear. During this period, the practice aims to unblock individual body centers on the vertical axis, and this flow is to be accompanied by the subjective sensation of luminosity coming not only from the body, but also, in a psychological sense, by the experience of the “expansion of boundaries” of one’s own self.