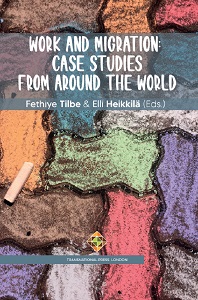 Labour market participation of immigrants and challenges in Finland

Forced migrant’s sense of place: the case of Syrian refugee-workers in Istanbul, Turkey

Syrian refugee entrepreneurship and differentiated integration in the districts of Hatay, Turkey

Ethiopian-Israeli women in academia: a gender equality plan, in the framework of the CHANGE project

Work lives of skilled female immigrants in the United States

Contributors to the improvement of employer-employee relationships: the case of Thai migrants in Israel

The “unseen” in migration and remittances: the case of South Asian migrant workers in Cameron Highlands, Malaysia