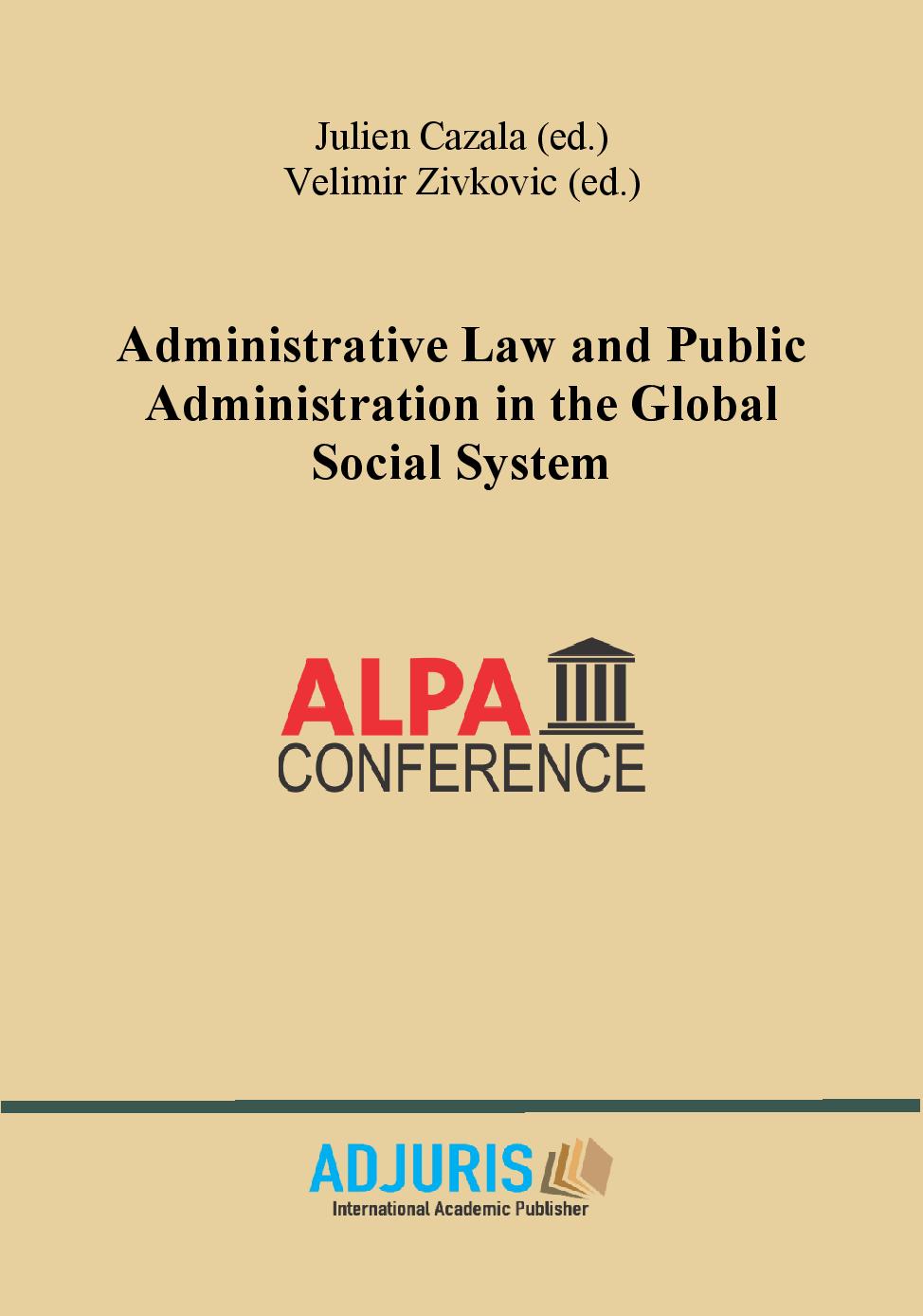 Social License and Administrative Law: A Challenge of Renewables

Theoretical Aspects Regarding the Acts Exempted from Control in the Administrative Contentious. Notions Concerning the Acts of Command of Military Character

Some Reflections on the Demarcation between the Notion of Interest, in the Sense of Condition for the Exercise of Legal Action, and the Concept of Legitimate Interest, as Defined by the Law on Administrative Contentious No. 554/2004

The Social Body Concerned and Administrative Litigation. The Stages of a Dispute

Some Discussions Regarding the Establishment and Contestation of Fiscal Precautionary Measures

About the Legal Value of the Decision Pronounced by the Administrative-Fiscal Contentious Court before the Criminal Court (or, rather, about the lack of any value)

The Factors on which Islamist Extremism in the Western Balkans

Challenges of Public Administration in the Global Digital Era

The Essence of the CIMIC Force Understanding and the Necessity of Training the Future CIMIC Specialists, as a Specific Category of Public Service

Is Kitsch in Local Public Administration an Effect of the Discretionary Power?

Work Discipline in the Workplace, with a Special Focus on the Concept „Repeated Breaches or Gross Breach of Labour Discipline”. Some Elements of Comparative Law

Aspects Regarding the Criminal Liability of the Civil Servant

Considerations on Protection of Whistleblowers at the European Union Level