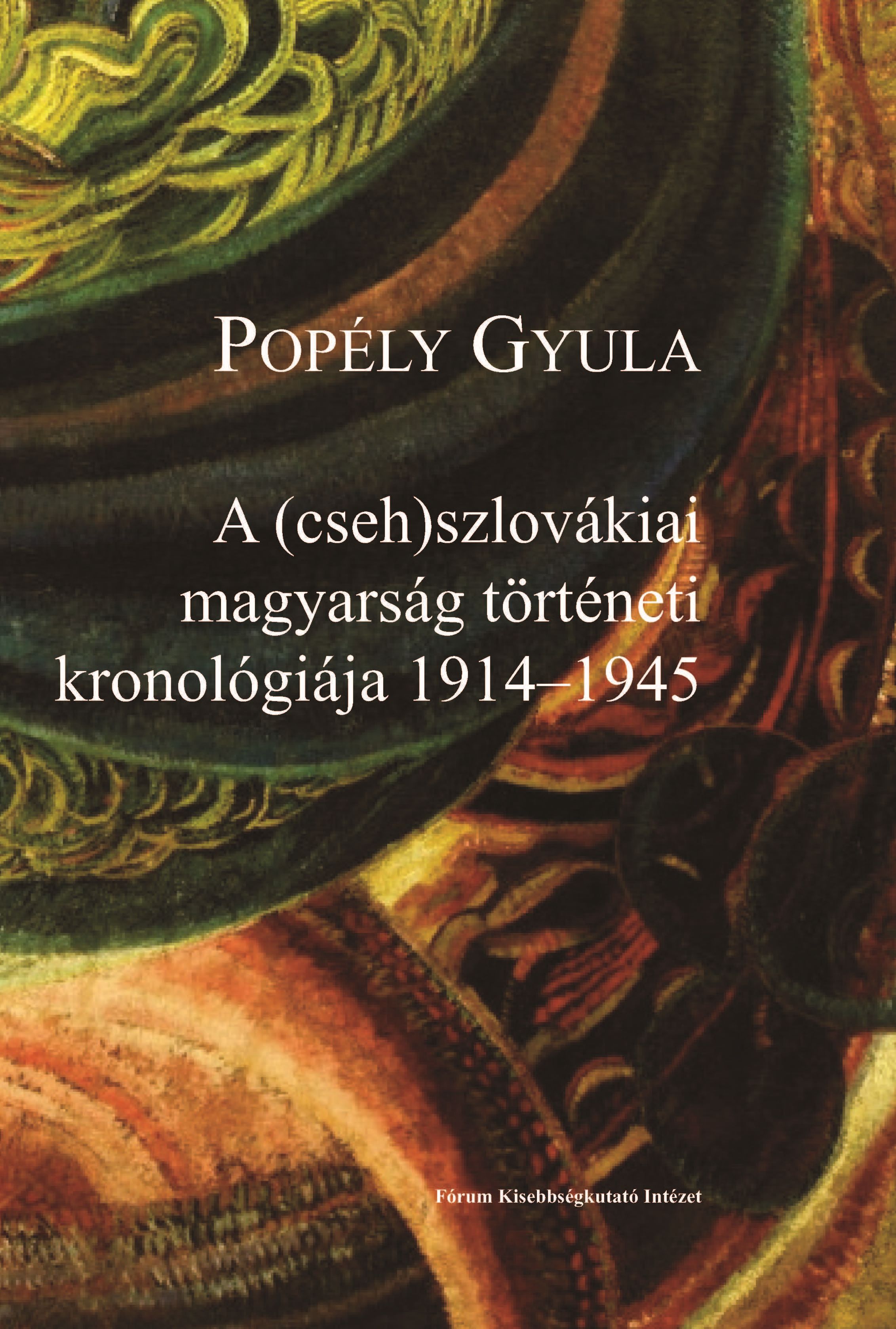 Author(s): Gyula Popély
Subject(s): Political history, Interwar Period (1920 - 1939), Fascism, Nazism and WW II
Published by: Fórum Kisebbségkutató Intézet
Keywords: (Czecho)Slovakia;1914–1945;Hungarians in Czechoslovakia;hungarian multiparty system in Czechoslovakia
Summary/Abstract: The Historical Chronology of Hungarians in (Czecho)Slovakia in the Period of 1914–1945 is a result of many years, or rather, many decades of research work by the author, Gyula Popély. It also fits well into the portfolio of the Forum Minority Research Institute, as it complements and forms a unified whole with the chronology by Árpád Popély, published by the institute in 2006, which processed the history of Hungarians in Czechoslovakia between 1944 and 1992. The present volume brings closer to the reader the first two periods of the history of Hungarians in Slovakia in the form of factual descriptions in chronological order: the history of the years between 1914 and 1938, and between 1938 and 1945. The volume has been divided by the author into five structural parts. The descriptions of the first thematic and temporal unit show the path of Hungarians leading to the position of a national minority, starting from the outbreak of the First World War to the signing of the Treaty of Trianon. This section deals with, among others, the formation and establishment of the Czechoslovak statehood, the peace conference, the period of the Soviet Republic of Hungary, and the conclusion of the Trianon peace. The second chapter of the volume is entitled The Hungarian Multiparty System in Czechoslovakia (1920–1936). Measured in time, this is the book’s most voluminous and least dramatic part. It shows how the Hungarians fit into the Czechoslovak state and how they fought their political struggle with the Czechoslovak state power. The third structural part is entitled Under the Flag of the United Provincial Christian Socialist Party and Hungarian National Party (1936–1938) and covers the events of the period from the formation of the United Hungarian Party to the first Vienna Award, assigned to specific dates. It is a chronicle of a serious time of crisis, at the end of which the majority of Hungarians in Slovakia became citizens of Hungary again as a result of the first Vienna Award. The fourth chapter only covers the events of just over 6 months, in essence, the period of Slovak autonomy. This and the next chapter—which is a coverage of the period from March 1939 to the spring of 1945—present in parallel the life of Hungarians left in Slovakia and those who, as a result of the First Vienna Award, became nationals of Hungary. It is a chronicle of a tragic era when events such as the devastation by World War II and the tragedy of the Holocaust frame the story.The volume is closed with a personal name and place name index.