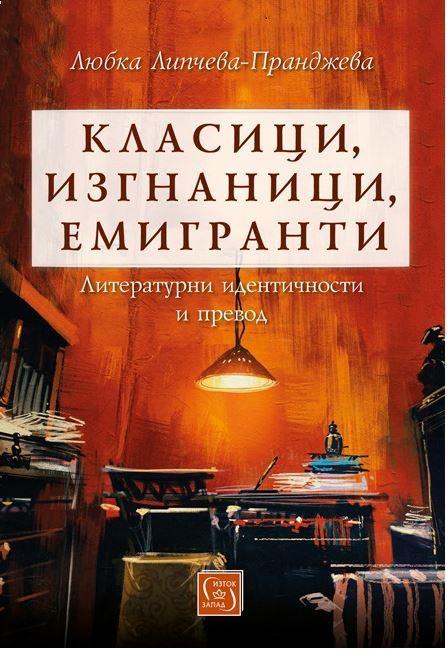 Author(s): Lyubka Lipcheva-Prandzheva
Subject(s): Social Sciences, Language and Literature Studies, Studies of Literature, Sociology, Bulgarian Literature, Sociology of Culture, Translation Studies, Politics and Identity
Published by: Пловдивски университет »Паисий Хилендарски«
Keywords: Literary history; Bulgarian literature; translation studies; reception; intercultural transfer; cultural identity
Summary/Abstract: No literature is so big or so small as to exist in one language only. Translation both as an independent research field and as an effective analytical lens lies at the core of this study. The introductory part outlines the wide range of theoretical models which are related to the study of translation transfer (or of translation “paraphrase” should we choose to employ romantic categories). It introduces the concept of translation memory that aims to encompass the complexity of information which a text in translation yields. On one hand these are the particularities of the two contexts in which the translation occurs (the field of literary sociology), on the other these relate to those stylistic choices in the act of translation as an act of interpretation which shape the quality of the cultural transfer (the realm of the poetics of translation). The goal of the study is to demonstrate how efficient the activation of this translation memory is, and can be, for national literary history through the German translations of Bulgarian authors. The case studies included in the book cover nearly 140 years of literary history in Bulgaria – from the first attempts towards constructing a new national literature in the 1880s to current literary events. The approach undertaken here follows and traces the trajectory of dynamically widening readings of national literature. The study bounces off the epicenter of those texts which shape its canonical body(Vazov, Yavorov, Yovkov), then it touches upon the intentional and/or forced residence of authorial texts within the linguistic world of others (Kiril Hristov, Hristo Ognyanov, Dimitar Inkyov in the German speaking context) and concludes with the polyphony of bilingual and/or multilingual writing aimed at multilingual reading (Dimitar Dinev and Iliya Troyanov among a number of others).The translations are discussed through a dynamically changing analytical prism. The case studies rely on the personal archives of the authors as well as their translators and the records of publishing houses; the analysis recruits facts that appear in memoirs and correspondence. The interpretation offers synchronous reading of journalistic, political and literary texts. At times the comparative reading of authorial and translated texts includes the so-called “back” translation which allows us to throw in stark relief the interpretative will of the translator. In some cases comparisons are drawn between translation storylines in other linguistic contexts: Russian, Czech, Croatian, French, etc. When awoken and semantically decoded, translated memory allows for a multifaceted reconstruction of cultural overtones at the respective temporal junction. What is more, it builds visions that are surprisingly different from the familiar (internally contextual) historiographical stories about the same periods (for instance the 1890s, the 1930s or the 1990s). This gradually widening its scope reading focuses on literary identity and its translated construction. The book follows the storylines of those textual/linguistic/cultural transfers which carve the status of the Patriarch of Bulgarian literature for IvanVazov; which lead to the inception of the Tatar-Bulgarian and his coveted Slavs and dream-like or real Germany (in the plural) with Kiril Hristov; which preserve the language of the symbolists so that the Bulgarian biographer of St. Francis could find his tongue (Hristo Ognyanov); which create dissidents, agents, and collectors of worlds… That is, all those figures of Bulgarian literary history that were born in the overtones between at least two languages .