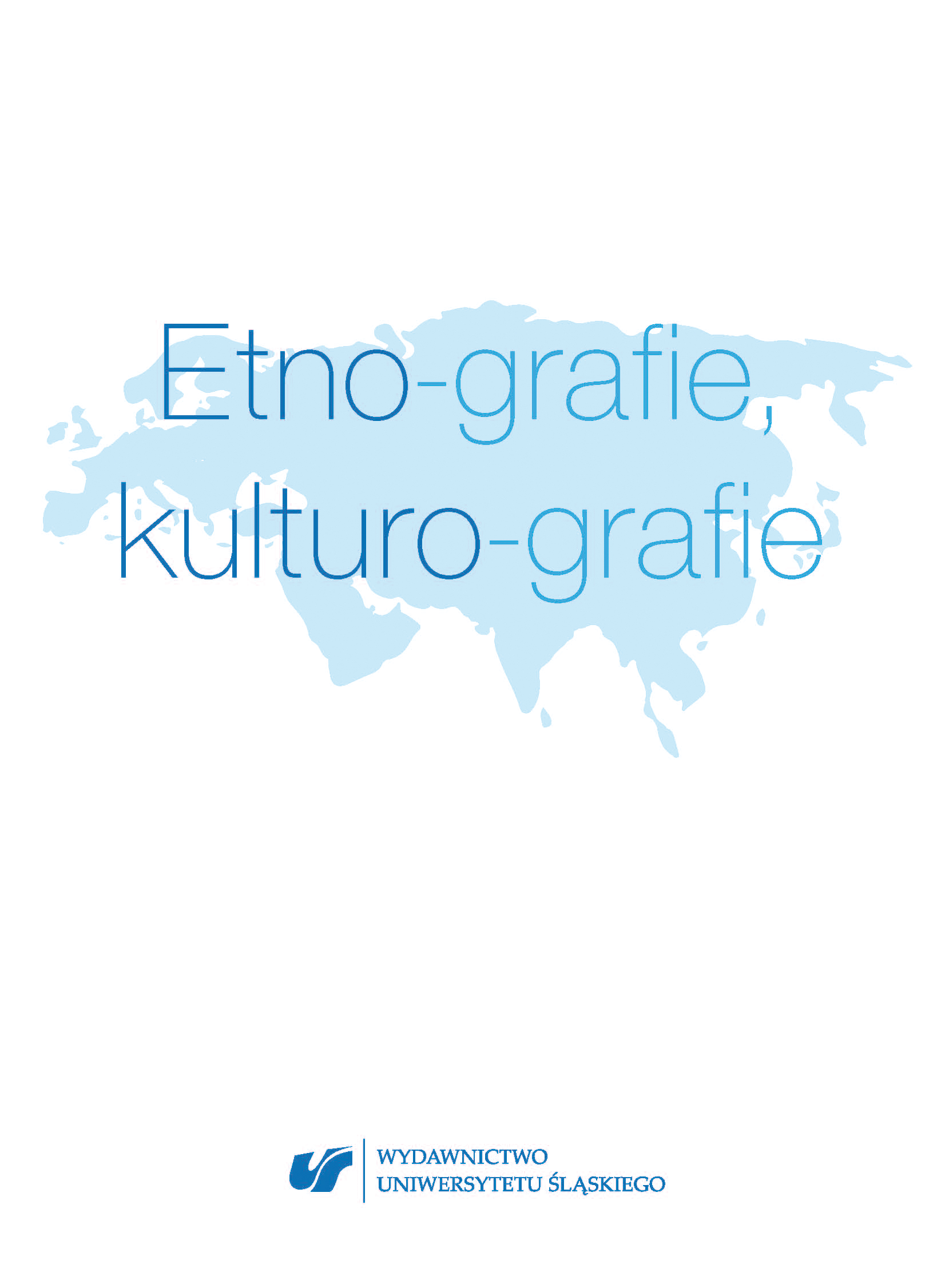 Contributor(s): Kamila Gęsikowska (Editor), Kamil Kozakowski (Editor)
Subject(s): Anthropology, Social Sciences, Cultural Anthropology / Ethnology
Published by: Wydawnictwo Uniwersytetu Śląskiego
Keywords: culture-graphies; anthropology of culture; ethnography; literary studies; linguistics;
Summary/Abstract: Ethno-graphies, culture-graphies is a publication associated with a project realised by the Department of the Theory and the History of Culture of the University of Silesia in Katowice in collaboration with the Faculty of International Polish Studies of the University of Silesia, the School of the Polish Language and Culture of the University of Silesia, the Polish Cultural Studies Association – the Katowice department, the Museum of the History of Katowice, and the Polish Academy of Learning – the Katowice station. The project, which is interdisciplinary in nature, combines anthropological, ethnographic, cultural science, historical and literature-science reflection of young researchers who represent various centres of scholarship. In 2016 and in 2017 two international scholarly conferences were organised in which speakers from countries such as Kyrgyzstan, Italy, Azerbaijan, Georgia, Ukraine, Croatia, Russia, China and Poland participated. The publication accompanies the conferences which were organised, although it is not a conference volume.The book entitled Ethno-graphies, culture-graphies contains the works of experts in the field of culture, Indologists, linguists and the experts in the field of literature. The eponymous “ethno-graphies” do not refer to various alternative models of a discipline (ethnography). For us, both “ethno-graphies” and “culture-graphies” indicate manners of writing about culture. The word “culture-graphy” was coined as a neologism to bring out the peculiar nature of writing about phenomena which are difficult to associate with ethne in the traditional acceptation of the term but which may be considered to constitute cultural phenomena. The purpose of the texts presented in the volume is to take the reader “on a journey” – a journey from the most remote places, such as ancient India, directly to Upper Silesia.

Swój i obcy czy swój-obcy – o poznawaniu nieznanego i wyobcowywaniu już poznanego Our man and a stranger or our man-stranger – about knowing the strange and alienating the already 2012 Historia pewnego małżeństwa The story of a marriage 2013 „Demony” Malinowskiego, czyli o czarownikach i wiedźmach z obszaru Nowej Gwinei Malinowski’s bestiary, or a story about sorcerers and witches from New Guinea 2013 Legendary literature w League of the Iroquois Lewisa H. Morgana. Przyczynek do problemu Legendary literature in League of the Iroquois by Lewis H. Morgan. A cause for discourse 2014 Leksykalny obraz wczesnego dzieciństwa w Psalmie 131 Lexical image of early childhood in Psalm 131 2016
2022 © CEEOL. ALL Rights Reserved. Privacy Policy | Terms & Conditions of use
ICB - InterConsult Bulgaria core ver.2.0.1201