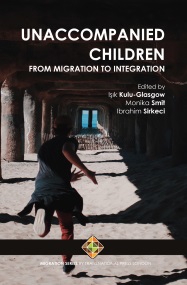 ‘I just wanted to be safe’: Agency and decision-making among unaccompanied minor asylum seekers

Ways into and out of exploitation Unaccompanied minors and human trafficking

Dropping out of Education: Refugee Youth Who Arrived as Unaccompanied Minors and Separated Children

Eritrean Unaccompanied Refugee Minors in The Netherlands: Well-being and Health