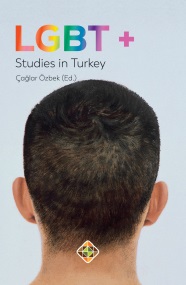 A COMPARATIVE LOOK AT LGBT RIGHTS AND ACQUISITIONS: EUROPEAN UNION AND TURKEY

OTHERS IN MEDIA: LGBT INDIVIDUALS

SOCIAL MEDIA USE IN LGBTQI MOVEMENTS IN TURKEY

AN ANALYSIS OF THE CINEMATIC REPRESENTATION OF LGBT: LOLA AND BILLY THE KID