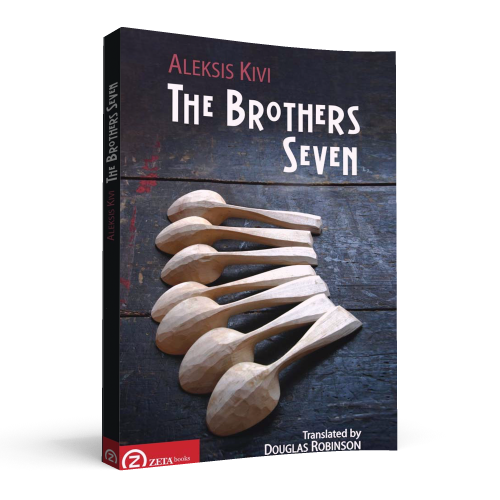 Author(s): Aleksis Kivi
Contributor(s): Douglas Robinson (Translator)
Subject(s): Literary Texts, Fiction, Novel
Published by: Zeta Books
Keywords: Finnish literature; Aleksis Kivi; Finland; novel; Seitsemän veljestä;
Summary/Abstract: Seitsemän veljestä (The Brothers Seven), the 1870 Finnish novel by Aleksis Kivi (1834-1872), is one of the most (in)famously unknown classics of world literature—unknown not only because so few people in the world can read Finnish, but also because the novel is so incredibly difficult to translate, the Mount Everest of translating from Finnish. It is difficult to translate not only because it blends a saturation in Homer, Shakespeare, Dante, Cervantes, and the Bible with a brilliantly stylized form of local dialect, but because it is wild, grotesque, carnivalistic, and laugh-out-loud funny on every page. It has been translated 58 times into 34 languages—but somehow the translations always seem to fall short of their flamboyant original.Douglas Robinson’s new translation is a bold attempt to remedy that. He aims to make Kivi as rhythmic, as alliterative, as brash, as grotesque, and as funny in English as he is in Finnish. Since Kivi deliberately used an archaic Finnish, but used it playfully—and since Kivi was steeped in Shakespeare, to the point of memorizing whole plays—Robinson translates him into a playful Shakespearean register. As he notes in his Preface, this makes the translation a bit difficult to read—but the original is difficult for Finns to read as well, and the Finnish readers who love Kivi (and that is most of them) read him with pleasure despite the words they don’t know, because his prose is so intensely alive.