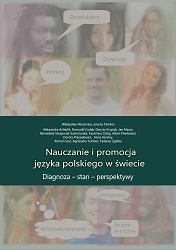 Nauczanie i promocja języka polskiego w świecie. Diagnoza – stan – perspektywy
The teaching and the promotion of the Polish language in the world. Assessment – status – perspective