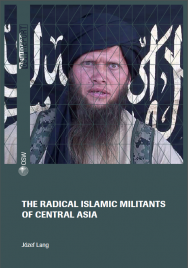 Author(s): Józef Lang
Subject(s): Politics / Political Sciences, Politics, Security and defense, Military policy
Published by: Ośrodek Studiów Wschodnich im. Marka Karpia
Keywords: Radical Islam;Central Asia; the Islamic Movement of Uzbekistan; Islamic Jihad Union;terrorism;terrorism and extremism;terrorism and Islam;
Summary/Abstract: Radical Islamic militants from Central Asia have ceased to be a local phenomenon. The organisations created by those groups (the Islamic Movement of Uzbekistan and the Islamic Jihad Union) engage in propaganda, recruitment, fundraising and terrorist operations in states distant from their traditional area of interest, such as European Union countries, South Asia and the United States. Their ranks contain not only Central Asian Islamists, but also those from other countries, such as Russia, Pakistan, Germany, France, the United Kingdom, China, Turkey and even Myanmar. These organisations’ current activities and forms are multidimensional and complicated, characterised by combat versatility, structural amorphism, operational mobility and simultaneous operations in different fields and theatres. As a result of the universalization of Islamic terrorism, these organisations have been intensifying contacts with other international Islamic terrorist organisations based in Waziristan (mainly al-Qaida, Taliban and the Haqqani Network). A specific system of mutual cooperation has developed between them, involving the specialisation of various terrorist organisations in particular aspects of terrorist activity. The IMU and IJU specialise in the recruitment and training of Islamic radicals from around the world, and have thus become a kind of ‘jihad academy’.