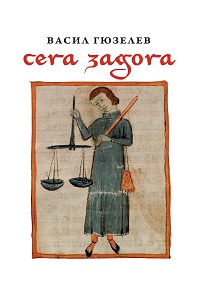 Author(s): Vasil Gyuzelev
Subject(s): History, Cultural history, Comparative history, Economic history, Political history, Social history, Middle Ages, Modern Age, Special Historiographies:, 13th to 14th Centuries, 15th Century, 16th Century, The Ottoman Empire
Published by: Фондация "Българско историческо наследство"
Summary/Abstract: The present study is dedicated to a particular Bulgarian commodity, which gained vast popularity in the Middle Ages and was of high regard on markets in Europe, Asia and Africa – the Zagora wax, i.e. the wax, made in Bulgaria. The instances when it was mentioned in written records in the period between the 14th and the beginning of the 16th century have been traced out. An attempt has been made to study the fluctuations in its current market price of that time in Genoa, Venice, Florence, Damascus and Constantinople. The various names and designations it went under, as noted down in the records, have been systematically revised and placed together in a chronological chart. In the appendix applied to the study, there is a bulk of published documents, taken out mainly from the Datini archive in Prato (Italy): lading bills of ships, carrying goods from Romania (Kaffa, Tana, Constantinople, Negroponte, Modon, Coron and Corfu), along with price-lists for vendibles on offer at various market-places (Avignon, Alexandria, Venice, Genoa and Damascus). The aim of this very issue is, on the one hand, to mark the spot where wax made on the list of commodities, exported to Italy and Western Europe, and on the other – to register both the value and the demand for Zagora wax on the markets. By way of exemplification, facsimile reproductions of assorted documentation, as well as a photograph of the sculpture representation of Francesco di Marco Datini (1335–1410) have been applied to the study. The study makes a contribution mostly to the history of economics in Bulgaria, the Balkans and Europe in-between the 14th–15th centuries. It demonstrates the part cera Zagora had in the spread of popularity of Bulgaria of repute.