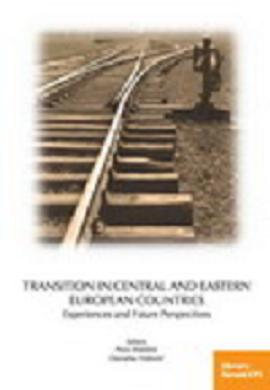 Contributor(s): Pero Maldini (Editor), Davorka Vidović (Editor)
Subject(s): Civil Society, Electoral systems, Welfare systems, Developing nations, Culture and social structure , Nationalism Studies, Sociology of Culture, Welfare services, Post-Communist Transformation, History of European Union, Migration Studies, Inter-Ethnic Relations, EU-Accession / EU-DEvelopment, Ethnic Minorities Studies
Published by: Centar za politološka istraživanja
Keywords: transition; European Union; South-East Europe; post-communist countries; post-socialist countries; lustration; welfare state; health care system
Summary/Abstract: Papers collected in this book were presented at an international scientific conference "Transition in CEE Countries: Experiences and Future Perspectives" which was held on November 3rd and 4th 2006 in Dubrovnik. The Conference was organized by the Political Science Research Centre Forum, in cooperation with the University of Dubrovnik. It gathered eminent scientists from Croatia and Europe that are positioned in different scientific orientations and points of view. Papers presented in this book discuss different transition phenomena, from general theoretica issues to very specific transformation processes in particular countries. Papers in this collection could be roughly divided into two main parts. The first one includes papers that analyse and discuss general theoretical and conceptual insights and consequences regarding transition processes. This is mainly the case with papers of the following authors: Philippe C. Schmitter, Anđelko Milardović, Pero Maldini and Mislav Kukoč. Their papers provide theoretical overviews of theories of consolidated democracy, Europeanization, socio-cultural values, multiculturalism and the issue of sovereignty. The second group consists of papers with more specific analysis; they are either focused on particular aspects of the transition process in CEE countries or they are aiming to offer a broader understanding of transition patterns in specific countries. This group of papers includes the works of Mate Szabo, Jacek Klich, Vladimira Dvorakova, Davorka Vidović, Davor Pauković, Tomaž Deželan and Damjan Lajh. Their papers examine subjects such as: dealing with the past and lustration, protests in countries pre- and post-1991, ideologies and their role in the transition process, citizenship and the nature of the franchise, as well as social policy change in terms of welfare in transition. Different theoretical approaches and thematic diversity of presented papers form a multidisciplinary character of this book. The studies mainly used the comparative approach, which is in theoretical and pratical sense actually inherent to the subject of democratic transition. In the scope of social sciences this book has managed to offer a relatively wide image of specific features and different experiences of democratic transition, as well as of ways of thinking and interpreting contemporary social reality in the countries of Central and Eastern Europe.

A European Democracy: Why and How?

Transition and Consolidation of Democracy

Transition from Post-Communism: South-East Europe between Nationalism, Multiculturalism and Globalization

The Burden of the Past. Lustration as the Instrument of the Political Competition in the Czech Republic

Inclusiveness of Suffrage in Post-Yugoslav Region

New Ideologies and Transition Opening in Croatia and Serbia

Transformation of the Health Care System in Poland: Achievements and Challenges