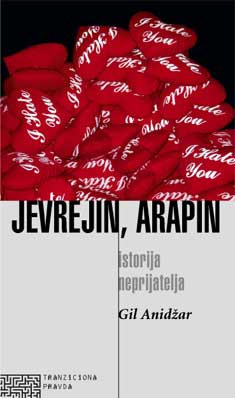 Author(s): Gil Anidjar
Contributor(s): Dušan Đorđević-Mileusnić (Translator), Nada Harbaš (Translator), Miroslav Zovko (Translator), Đorđe Čolić (Translator)
Subject(s): Jewish studies, History of Philosophy, Political Philosophy, Theology and Religion, Comparative Studies of Religion, Contemporary Philosophy, Structuralism and Post-Structuralism, Philosophy of Religion, Politics and religion, Politics and society, Cultural Anthropology / Ethnology, Culture and social structure , Inter-Ethnic Relations
Published by: Beogradski krug
Keywords: theological enemy; political enemy; Christianity; Islam; Judaism; Europe; law; Derrida; Schmitt; deconstruction
Summary/Abstract: Is there a concept of the enemy? To what discursive sphere would it belong? Or, if there is no concept of the enemy, what are the factors that could have prevented its articulation? Following the reflections of Carl Schmitt and Jacques Derrida on the theologico-political, and reading canonical texts from the Western philosophical, political, and religious traditions, the author seeks to account for the absence of a history of the enemy.The question of the enemy emerges in this book as contingent on the way Europe has related to both Jew and Arab as concrete enemies. Moreover, the author provocatively argues that the Jew and the Arab constitute the condition of religion and politics. Among the many strengths of the book is the timeliness of its profound study of contemporary actuality: the volume provides a basis for a philosophical understanding of the forces at work that produced and kindled current conflicts in Europe, the U.S., and the Middle East.