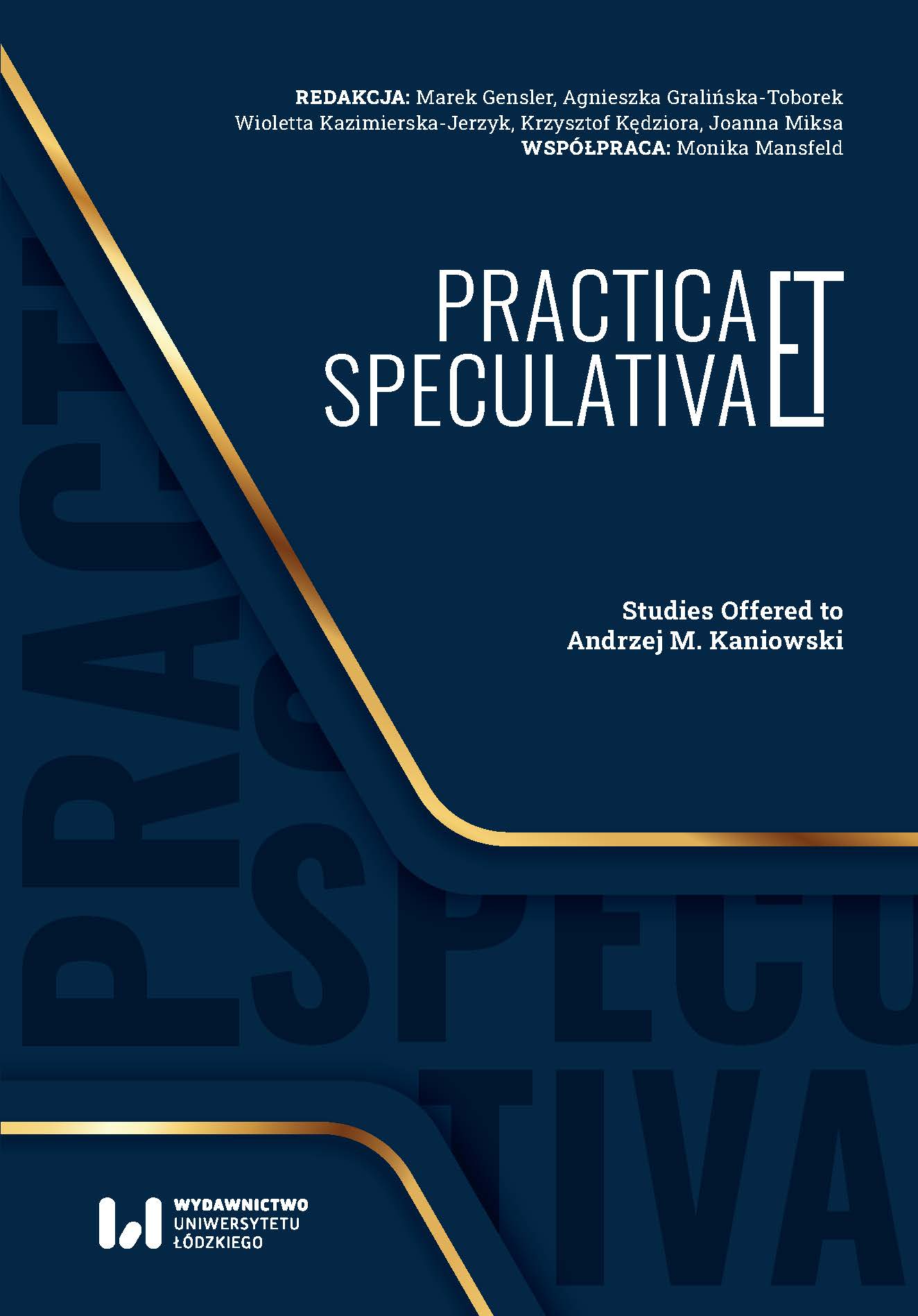 Contributor(s): Marek Gensler (Editor), Agnieszka Gralińska-Toborek (Editor), Wioletta Kazimierska-Jerzyk (Editor), Krzysztof Kędziora (Editor), Monika Mansfeld (Editor), Joanna Miksa (Editor)
Subject(s): Philosophy, History of Philosophy, Special Branches of Philosophy
Published by: Wydawnictwo Uniwersytetu Łódzkiego
Keywords: Immanuel Kant;Jürgen Habermas;Franz Kafka;Julius Fröbel;Leszek Kołakowski;Tomasz z Akwinu;history of philosophy
Summary/Abstract: The Jubilee of Professor Andrzej M. Kaniowski’s seventieth birthday, in July 2021, was an opportunity to offer him this volume. Its authors are representatives of human and social studies, two closely related disci¬plines that are also His areas of interest.The interdisciplinary group of researchers have contributed their texts, which together make up a mosaic of problems and perspectives. The dominant topics are the philosophy of Kant and modern social, political and cultural issues. Many ideas and concepts reappear in several texts. In order to facilitate tracking them, the volume has been provided with a uniform system of citing Kant’s works and the index of authors. The papers of the international group of authors have been arranged, first of all, according to the language of composition (Polish, German, English), then according to the content in historical order. The whole volume presents an image of academic openness and com-mitment, for which the editors thank the authors. To Professor Kaniowski, they give thanks for such a lofty inspiration.

Rozum i Pismo. Cud, objawienie i interpretacja Biblii w filozofii Christiana Wolffa
(Reason and writing. Miracle, revelation and interpretation of the Bible in the philosophy of Christian Wolff)

Problem zła u Kanta
(Kant and the problem of evil)

Czym jest filozofia? Rola filozofii w kulturze
(What is philosophy? The role of philosophy in culture)

Neurobiologie und Willensfreiheit
(Neurobiology and freedom of will)

God and Religion of the Enlightened Man According to Kant

The Antinomies of Practical Reason

A Civic Ethics in Kant?

The Application of Metaphysical Principles to the Empirical World. A Brief Reconstruction of the Core of Kant’s Doctrine of Right

Some Problematic Philosophical Implications of the Thomas Theorem

The Idea of a Global History of Philosophy

Challenging Habermas’ Practical Discourse to Justify the Rights of Animals