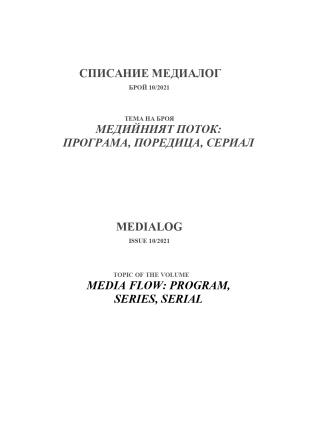 Summary/Abstract: In the proposed text is sought to answer the question of whether and when we can talk about serialization in the international information flow. An attempt has been made for some systematization of the possible types of serialization, among which the anniversaries stand out. There are two major branches – the traditional serialization and the one generated by the possibilities of new technologies. The example with the ‘Tiananmen Papers’ is considered in more detail. It is also worth noting the borrowing serialization, shown in two examples of connecting processes in the present with such from the recent or very distant past.