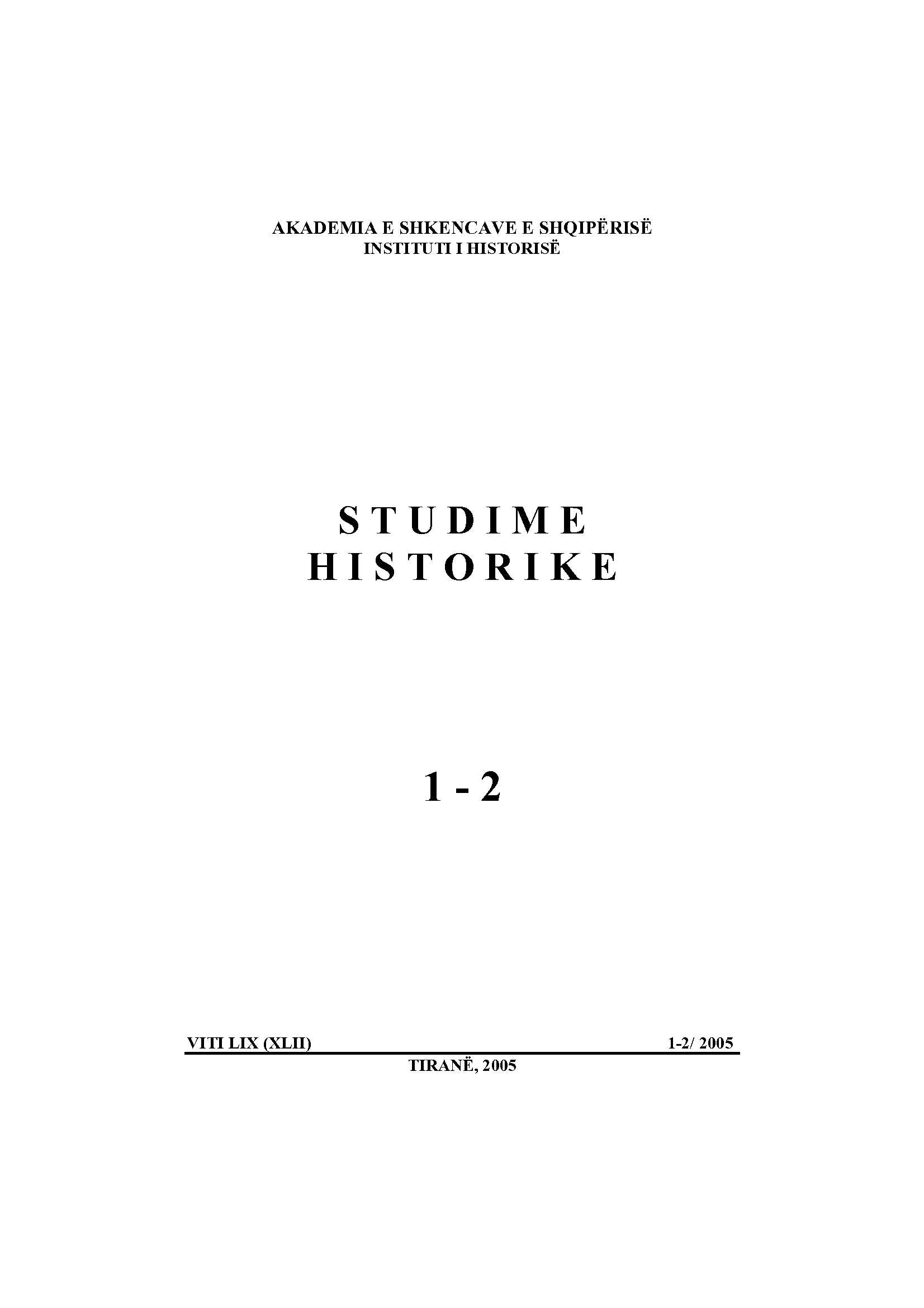 Summary/Abstract: The diplomatic developments after the end of the First World War brought again forward for discussion the Albanian question. Its solution carried in itself three questions; 1) the status; 2) the determination of the borders; 3) the minorities included within it. The solution of these problems up to the end of the year 1921 led to the other step which brought the representation as a party of Albania in the international relations both for the consolidation of the independence of the state and for the Albanian minority living in these two countries.[...] The relations of Greece with Albania despite the predisposition of the last one even after the decision of November 9, 1921 would be difficult for two reasons. Firstly, Greece didn’t recognize the borders of Albania according to the line determined by the Protocol of Florence (1913), recognized afterwards by the Conference of Ambassadors (1921). The diplomacy and the Greek nationalist circles tried to convince the Great Powers that the territories of the North Epirus couldn’t be left to Albania, because they belonged to Greece, as they were promised on the basis of the compromise of January 14, 1920. Secondly, though the Albanian government was engaged to give to the minorities living in Albania all the rights since October 2, 1921, again there were many complaints from Greek societies and statesmen. The discrepancies came as consequence of the different concepts the parties had in the determination of the minority zone. From these determinations which were very far from each-other arouse also the Greek discontents in connection with the number and the treatment of the Greek minority in Albania.[...] With the establishment of the diplomatic relations Greece had the possibility to use the economic relations to realize the political aims, the more so when the main network of trade exchanges between the two countries would be the axes Janinë-Gjirokastër and Thessaloniki-Korçë. Besides the economic and cultural profits of the Albanian party, the development of these two axes would mean more movement of the local population in direction of Greece. These movement would enlive the Greek influence on Korçë and Gjirokastër which in an opportune moment could serve to Greece in the so cherished idea of the revindication of these two regions. The end of the year 1920 and afterwards didn’t offer stability for Greece. The coming into power of the king created the great division between the allies and Greece. The situation was worsening even more because parallely with these internal developments Greece had undertaken its adventure in Asia Minor which would cost a lot to it. All these developments weakened in a sensitive manner the position of Greece in the Balkans. Interested not only to improve the image but also to gain an ally on its side, it seemed that the establishment of the diplomatic relations with Albania was befitted to the Greek diplomacy.