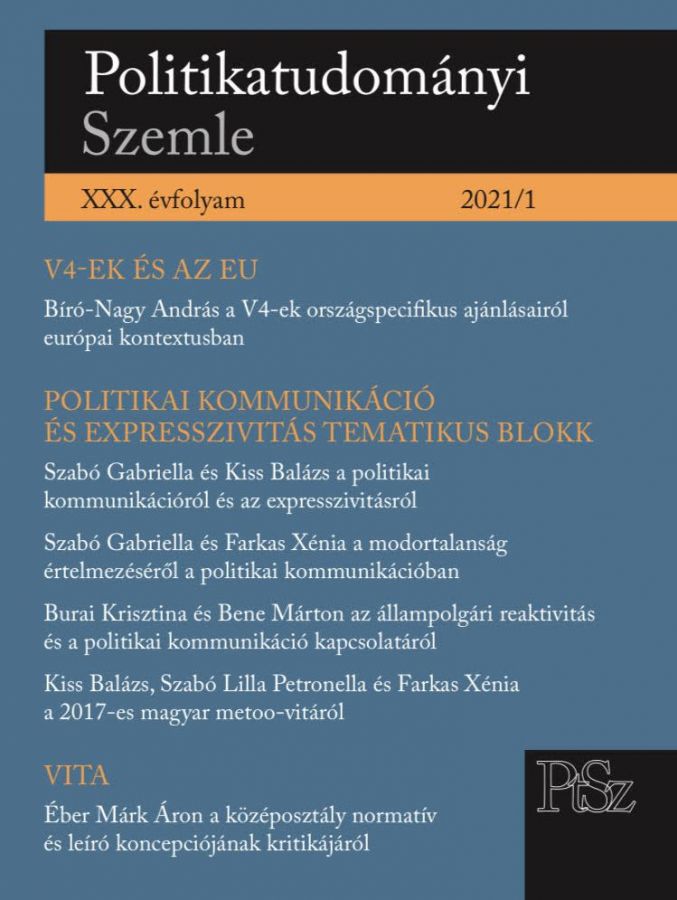 Summary/Abstract: The aim of this study is to investigate to what extent the Visegrád countries implement the country-specific recommendations (CSRs) of the European Commission, and how their level of implementation can be evaluated in European comparison. Based on a database built by collecting the official evaluations of the European Commission found in the yearly country reports, we reveal the levels of both short-term and long-term implementation at the national level, as well as the policy fi elds of the CSRs. The 5-year average level of implementation of the CSRs is largely the same in the four Visegrád countries. All four countries are ranked in the second half of the EU, their average level of implementation can be categorized as somewhere between „limited progress” and „some progress”. However, the CSRs have a much bigger impact on domestic policy-making in the long-term than the 1-year implementation suggests. The fact that the Orbán government has reached “some progress” in 64% of all recommendations according to the long-term evaluation is clear proof that is the case. At the same, it must be highlighted that the Visegrád countries are more likely to ignore the country-specific recommendations than the EU average, even in the long run. Overall, the experiences of implementation of the CSRs prove that the EU can have a significant impact on domestic public policy not only with sanctions and exclusive competences, but with softer tools, such as policy coordination as well.