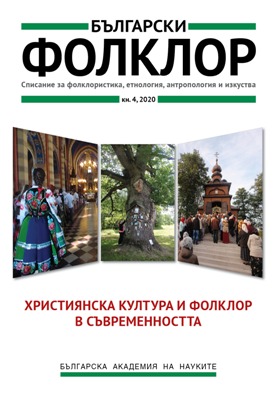 Summary/Abstract: Polish popular religious songs are part of the repertoires of both the Roman Catholic and the Eastern-rite Catholic Churches in Bulgaria. These songs were introduced in the paraliturgical practice via different ways. One reason was the influence of missionaries from monastic communities from Poland: the friars from the Resurrectionist Congregation, the Order of Friars Minor Capuchin и the Order of Friars Minor Conventual. On the other hand, the personal influence of St. Pope John Paul II also contributed to the process. During his pontificate, some Polish popular religious songs that he supposedly liked gained popularity in Bulgaria. The presence of Polish popular religious songs in the Eastern Catholic repertoire, accepted and assimilated in the local tradition, is an example of various interactions: between East and West; between Roman Catholic and Eastern Catholic music; and between two Slavic cultures, the Polish and the Bulgarian one. The popular religious songs are a brilliant example of cultural transfer, implemented on different levels: religious, confessional, national and universal. The focus of the paper is on three songs, which are a part of the Eastern Catholic song repertoire in modern times.