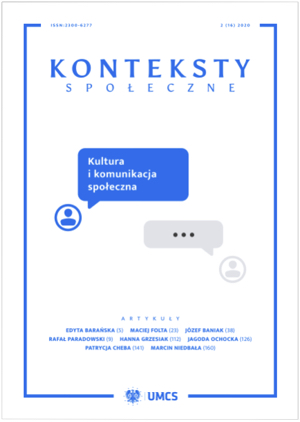 Summary/Abstract: The number of elderly people not only in Poland but also around the world is growing rapidly. Due to this fact, more and more attention is paid to the aging process and old age itself. Although the elderly are becoming more and more visible in the media, as evidenced by the increasing number of television programs with their participation, the issue of dementia is still a topic that is rarely discussed in public discourse and in movies.The aim of the article is to analyze television programs and movies that have been broadcast in recent years and to trace the contexts in which dementia is presented, which today is a signiﬁcant problem not only for the patient's family but also for the entire society.