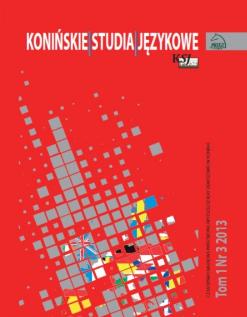 Summary/Abstract: This case study aimed at exploring the effects of the story-based approach in helping children to write English words in the ESL/EFL primary classroom. It employed a quasi-experiment with 44 children who were in Grade 2 in a semi-private school in Tarragona, Spain; whose English level is pre-A1 (CEFR). The students were evenly divided into two groups: the experimental group and the control group. Only the experimental group was taught by means of the storybased approach. A pre-test, a post-test, and a five-week-later exercise were used to measure students’ ability of writing at word-level. The collected data were analyzed with the Mann-Whitney U test, the Wilcoxon signed-rank test, and the General linear model in order to identify the difference between the two groups, the effect of time and the influence of the interaction between time and treatments. The analysis provided evidence for considerable improvement in word writing in both experimental and control groups. This may account for frequency and reiteration of the written input, which came to play an imperative role in students’ performance in their word writing. With a limited number of exposures to the target language that the experiment provided (six times), stories were as effective as other teaching methods designed to supply students with written input (such as games and alternate activities) in improving students’ ability to write the target lexical items.