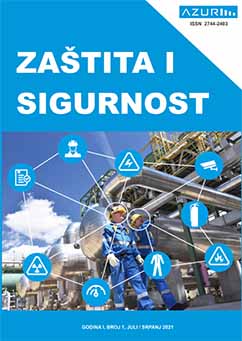 Summary/Abstract: Security of road traffic is one of important feature of general security in society. Traffic accidents are in a high place in terms of the share of deaths and the number of injured in them, and in addition to the safety problem, they also represent a significant public health, economic and social problem. It is especially worrying that a large number of children and young people, i.e. the future working population, are killed in traffic accidents. Factors of traffic accidents are most often divided into man, road, vehicles and the so-called incident factor. Statistics in most countries indicate that man is the most common cause of traffic accidents, which occur in violation of road safety regulations. However, in less developed countries and in those that pay less attention to the traffic security issue, it is notable how problem of roads and its elements is insufficiently researched, as well as road elements' equipment to the events of traffic accidents. Furthermore, by observing most of analysis on traffic accidents, it is evident that they are not uniformly divided through the entire traffic network but they are rather accumulated on some locations (bends, cuts, bridges, passes) which means that consequences of accidents on those places are significantly heavier in comparison to the accidents on other locations. Požeština is a part of Požega-Slavonia County, an area in the Republic of Croatia, which is connected by state roads D-51 and D-53 with the main route in this part of Europe, the A3 highway (Zagreb-Lipovac), and the majority of road traffic in the direction of the highway is in the direction of Požega-Brestovac-Nova Gradiška, on which section there are several locations covered by this research, which indicates their non-compliance with legal norms and thus pose a significant risk to traffic safety and participants in it.