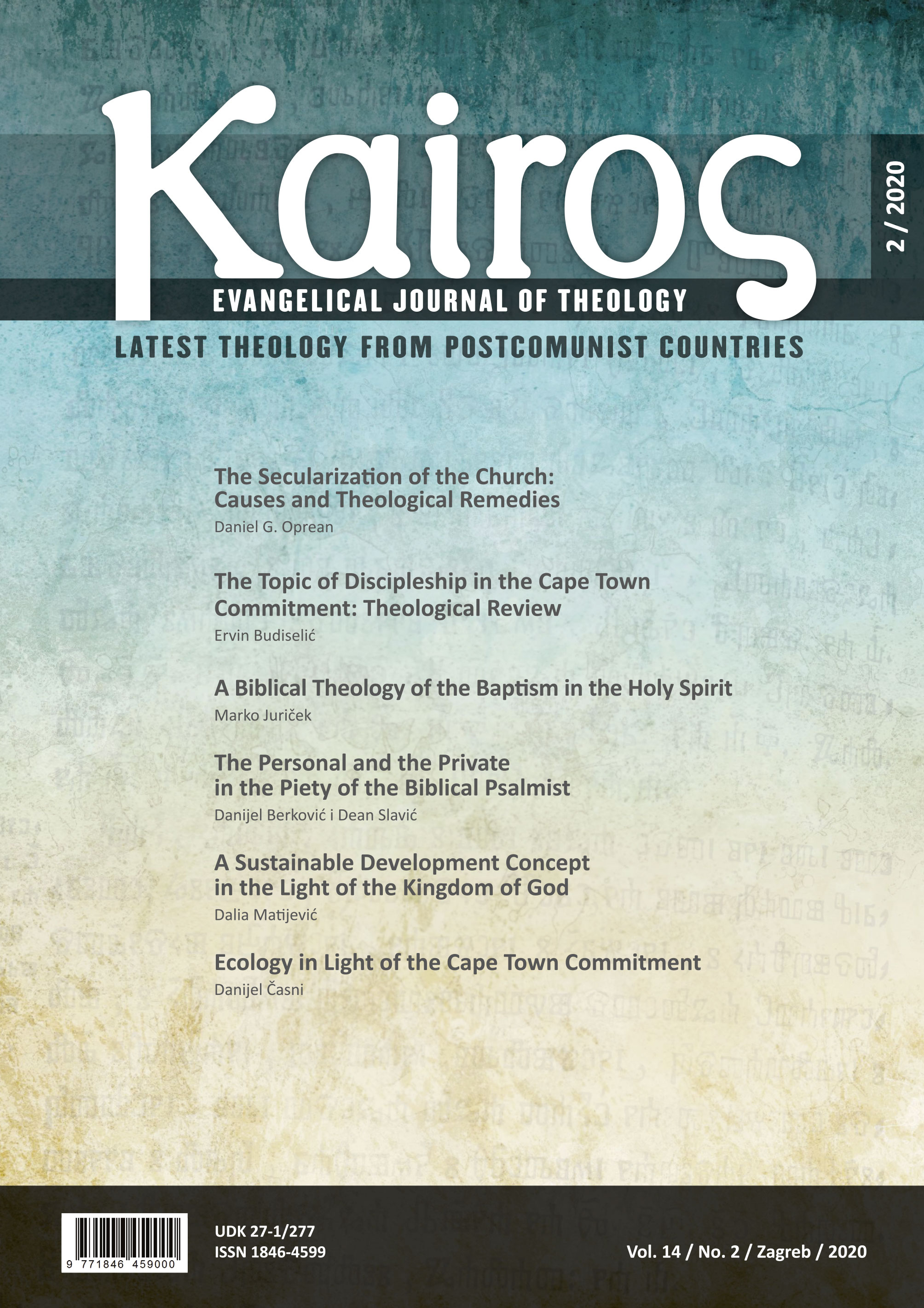 Summary/Abstract: The creation of the planet Earth together with the flora and fauna culminates with the process of creating man in the image of God. But that image man de filed with sin. This has resulted in the separation of creation from the Creator and the creation of various crises, including ecological crises. Accordingly, the topic of ecology is increasingly relevant in our time, and many representatives of the Protestant and Evangelical Christian Churches throughout history have spoken about the importance of ecology. In our time, that topic was discussed 2010. at the Third Lausanne Congress for the Evangelization of the World in Cape Town. Since the congress gathered a large number of representatives of evangelical churches around the world, the position presented in the form of a document is also a view of ecology from the prism of evangelical Christianity. Since the love of God, among other things, is expressed in the love of God’s creation, this article first analyzes the relationship between theology and ecology. After that, the discussion is about how the biblical record of creation should inform and shape the relationship of evangelical Christians toward the Earth. The third part of the article deals with the issue of “ecological footprint” at the world level but also looks at where is Croatia in all this. The fourth part of the article brings an overview of ecology from the prism of Protestant and evangelical churches, while the fifth part discusses the challenges of today and offers two directions: one is materialistic-humanistic, and the other is Protestant-evangelical. The article concludes that Christians as children of God are called to do the will of the Heavenly Father and to be the example and light in today’s egocentric world. Ecological crises are directly correlated with the crisis of morality, but equally, all activities carried out to preserve the environment without changing human nature and consequently his habits, achieve only short-term results without fundamental changes. Only by changing man himself and his repentance can he become responsible in his ethical approach to the environment that surrounds him.