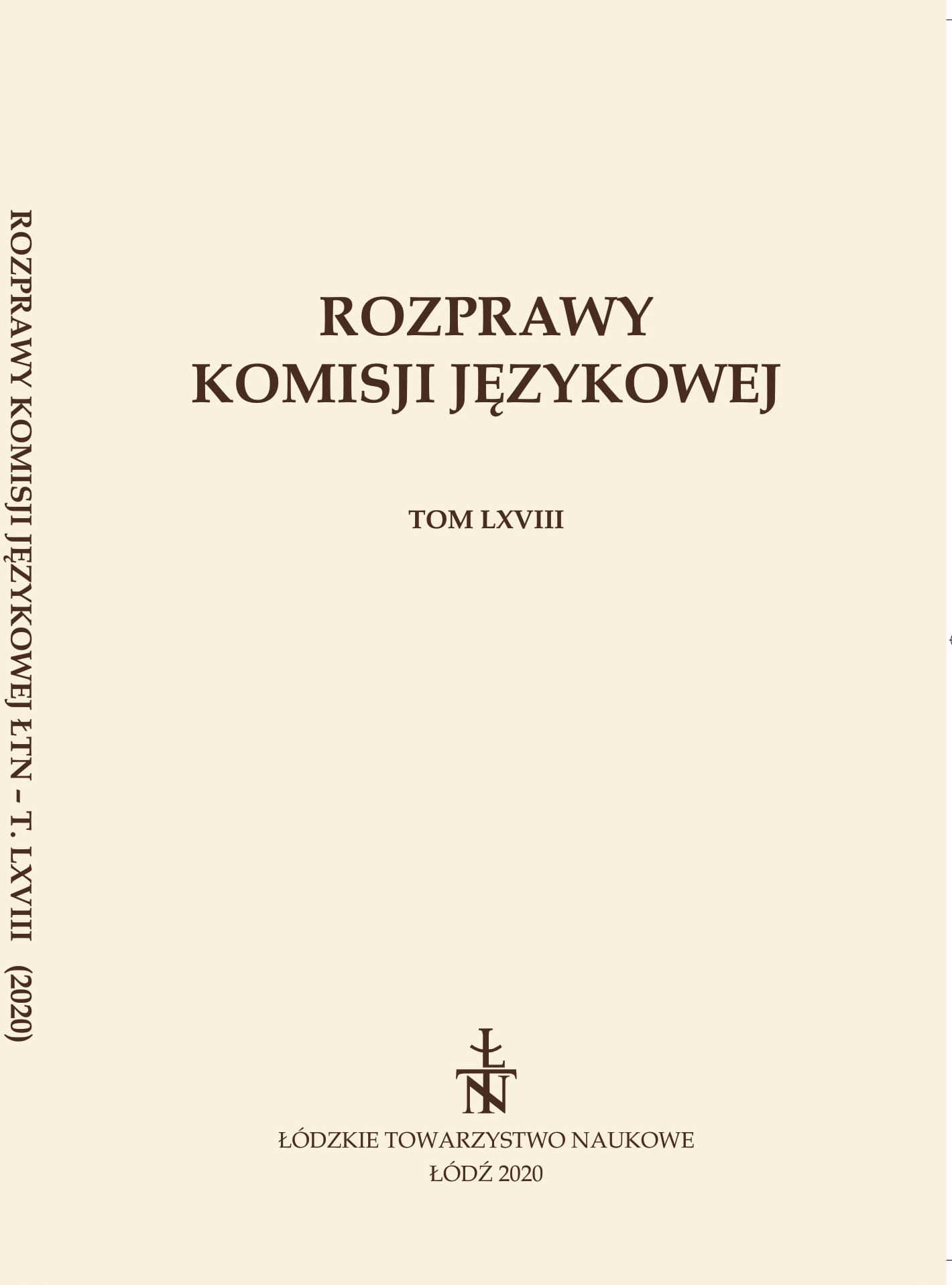 Summary/Abstract: Preparing food is an integral component of the national culture and a constituent of the linguistic worldimage. Border areas, usually multiethnic and multilingual, are particularly rich and diverse, giving the opportunity to observe mutual cultural and language influences. A characteristic feature of the culinary lexis in such areas is not only the usage of phonetic and lexical variants of different lexical units, but also vocabulary concerning the preparation of specific local dishes, traditional or known throughout Slavdom. Poles in Braslaw region prepare both Belarusian bliny, botwina, pomaczka, sołoducha, tłuczaniki, as well as traditional Polish dishes kluski, zacierki, pęcak, kisiel, and also dishes that differ only by the name pęcak i pęsak, kluski i klocki. The article presents an attempt to show the frequency of synonymic pairs (native word – borrowing, basic word – diminutive) based on the electronic corpora of spoken texts recorded from Poles living in Braslaw region (e.g. zupa – sup, kasza – krupy, herbata – czaj). The vocabulary is described in terms of both cultural and linguistic aspects considering nomination and derivation processes that are observed in the Polish dialecs in Belarus. The paper contains productive noun affixes and formations, as well as verbs and their derivatives related to food preparation processes.