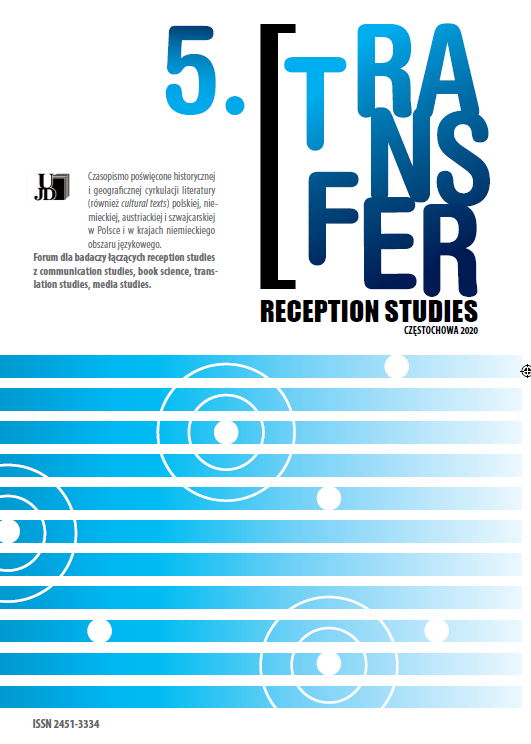 Summary/Abstract: Emotions and feelings, such as sadness, disappointment or doubt, are not only a characteristic feature of the narrative present in the widely understood German-language literature. Manifestations of various emotional states can undoubtedly be found in numerous vocal and instrumental works, whose period of splendor appears during the 18th century, in particular in the decades within the time frame set by the St. John Passion of Johann Sebastian Bach BWV 245 (1724) and the majestic oratorios The Creation and The Seven Last Words of Our Saviour on the Cross by Joseph Haydn (1796-98). The purpose of this article is to show the affective potential of selected texts in the orbit of the impact of the phenomenon of musi-cal rhetoric and to illuminate the works of famous German composers of the 18th century, placed in a broader cultural and literary context.