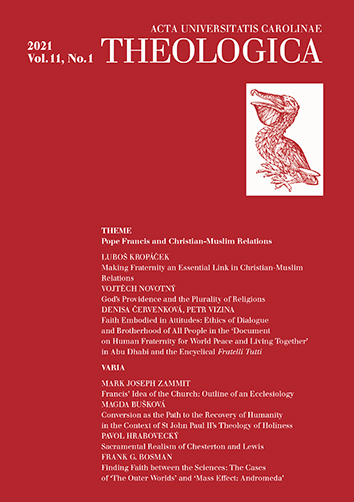 Summary/Abstract: Science fiction, as a genre, has always been a place for religion, either as an inspirational source or as a part of the fictional universe. Religious themes in science fiction narratives, however, also invoke the question of the relationship, or the absence thereof, between religion and science. When the themes of religion and science are addressed in contemporary science fiction, they are regularly set in opposition, functioning in a larger discussion on the (in)comparability of religion and science in science fiction novels, games, and films. In the games The Outer Worlds and Mass Effect Andromeda, this discussion is raised positively. Involving terminology and notions related to deism, pantheism, and esoterism, both games claim that science and religion can co-exist with one another. Since digital games imbue the intra-textual readers (gamer) to take on the role as one of the characters of the game they are reading (avatar), the discussion shifts from a descriptive discourse to a normative one in which the player cannot but contribute to.