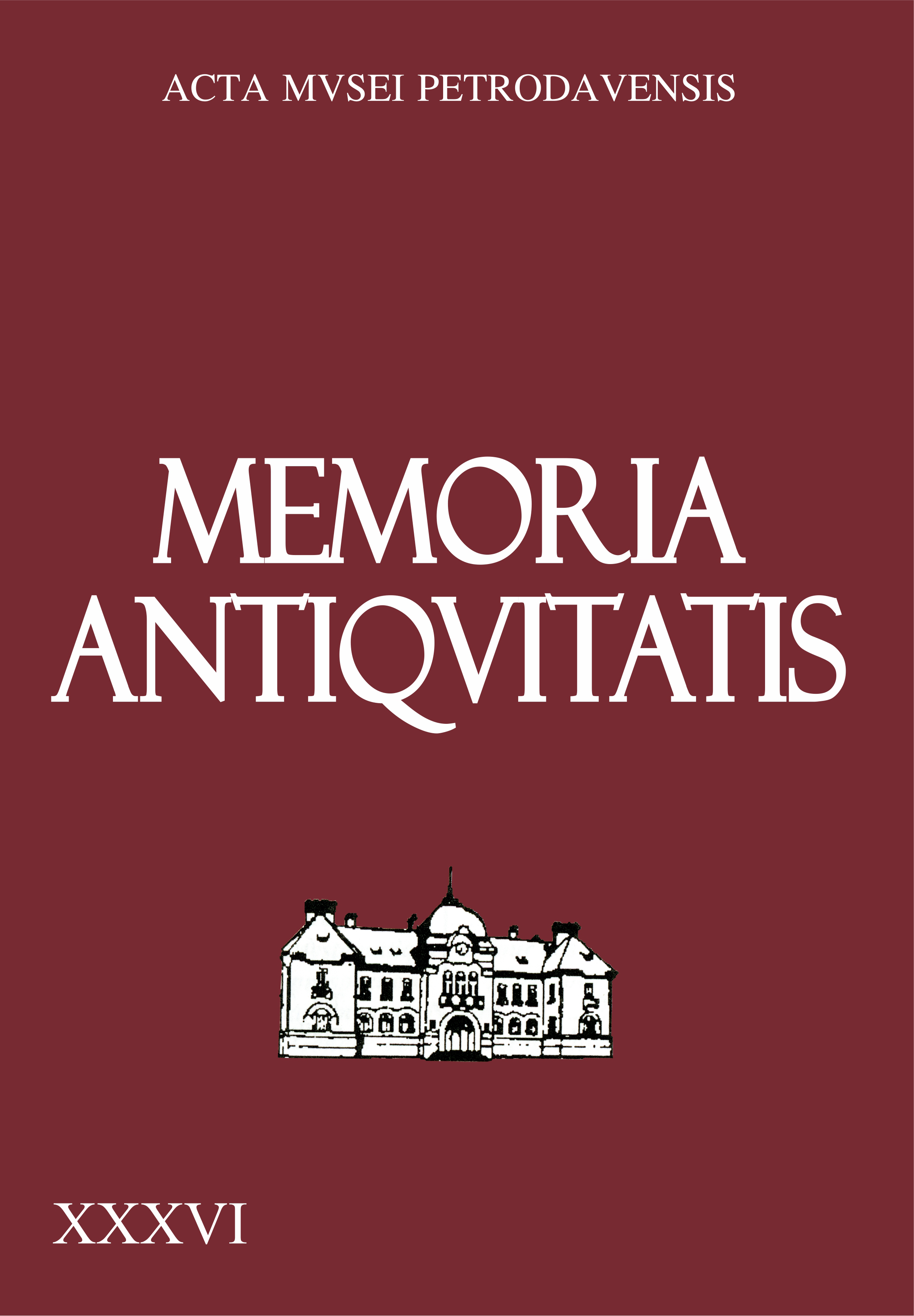 Summary/Abstract: The present study investigates the results of the preventive archaeological research, carried out by a team from the Institute of Archaeology of Iași, in the mediaeval site of Schineni – point “La Islaz” (Săucești Commune, Bacău County), between 2017-2020. Three pit-houses (H 1-3/ Cx 602, 665, 609) and a burial tomb (Cx 872), which was located in their vicinity, were excavated. Only in one of the pit-houses (L 1) a fireplace was identified. The housing inventory is a rather modest one and consists of few ceramic materials, animal bones and a solidus from Sigismund III Vasa.The three pit-houses were part of a scattered village, placed on either side of a main road, located near the course of the Siret river. Most probably, the mediaeval artefacts discovered in the '60s of the last century (in the “Morărița” point) belong to the same settlement. The necropolis, from which only one tomb was unveiled (without inventory), may have developed in the south-eastern part of the mediaeval village. Exclusively on the basis of the archaeological material uncovered from the dwellings and the tomb, we can assume that the standard of living inside its community inhabitants was solely average.Likewise, we attempted to find out the older name of the settlement, subject to archaeological investigation. For the Mediaeval and Premodern period, Săucești fell within the territorial limits of the nowadays village of Schineni or, equally, were geographically pointed out by comparison with other settlements (Sârbești or Cătălești). Since the end of the eighteenth century, the two villages, Săucești and Schineni (in certain cases, Spineni) had an autonomous evolution.