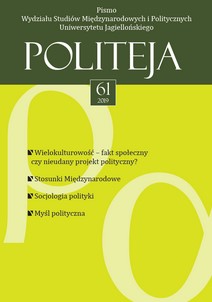 Summary/Abstract: The topic of the article is the concept of organic democracy, as envisioned by Alain de Benoist. The French writer is critical of modern liberal democracy – he believes it is a fundamentally flawed system which should be reviewed. He proposes an alternative “organic democracy”, an illiberal form of democracy. The article briefly outlines the development of democracy in Europe and then describes the original Athenian democracy. Subsequently, the paper describes in depth the differences between the principles of representation and participation, and then proceeds to outline the relations between equality and homogeneity in democracy. Afterward, Benoist’s critique of liberal democracy is outlined and is situated in the context of Benoist’s body of work. The article concludes with a critical review of the concept of organic democracy.