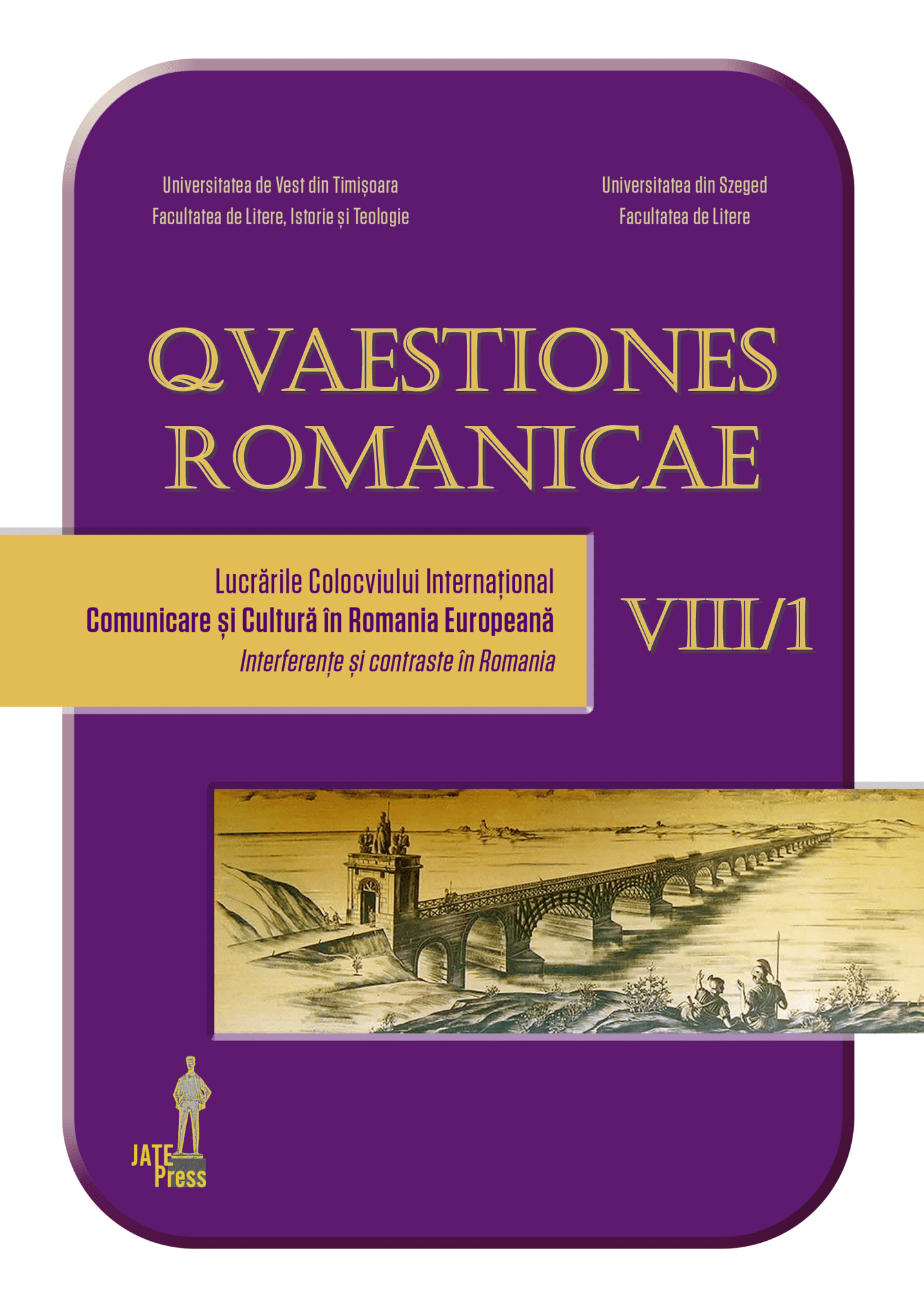 Summary/Abstract: A phrase frequently encountered in its Latin expression during the contemporary period in the literature of socio-human disciplines, but also in cultural-artistic manifestations, often displayed as an aegis that confers attire and prestige, homo viator collocation appears to be, from personal researches so far, a Christian theological medieval lexical creation, attested sometime at the end of the 15th century – the beginning of the 16th century. Efflorescent used or cited as a philosophical, theological, anthropological, socio-cultural concept, presented and analysed as a metaphor or literary motif, always reinventing and yet seemingly to synthesize the human condition in the most eloquently approach, the collocation in question abundantly deserves a re-establishment of its history. In previous communications and articles, I have dealt with the meanings of the viator lexeme during the pre-Christian Latin period, as well of the biblical premises, especially from the Old Testament, of the homo viator religious concept. In this discourse I will deal with Latin occurrences in the lexical-semantic field of the concept of traveller / foreigner from the patristic period, by means of which defines, in general, the condition of the human being, and, par excellence, the condition of the Christian. The analysis of the writings of Latin Christian authors during this period of time (Tertullian, Cyprian, Ambrose, Augustine, Jerome etc.) outlines a lexical series delimited by the discussed concept, whose elements: advena, peregrinus, viator, transmigrans, extraneus and alienus get into semantic interferences (complementary relations and semantic competition). The aim of this paper is that during this period, the concept, approached in the New Testament spirit, seldom reaches the maximum of doctrinal theological valorisation of Augustine, lexicalized in the form of pilgrim over 800 times, especially in his famous The City of God.