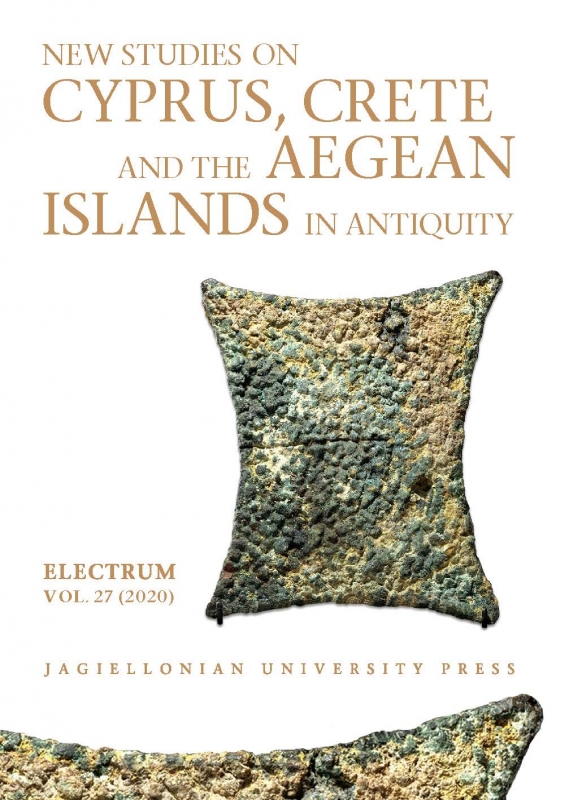 Summary/Abstract: Until the middle of the 5th century BC, Athens and Persia were struggling for supremacy in the Eastern Mediterranean. Due to its strategic importance, the island of Cyprus was affected by this conflict. Several Athenian interventions in Cyprus can be reconstructed from the written sources. Parallel to this larger conflict, wars between Cypriot kingdoms seem to have been an essential feature of the island’s fragmented political landscape. Apparently, both forms of conflict—inner-Cypriot wars and interventions from the outside—affected each other.In the following paper, I will analyse the interventions and conflicts in Cyprus in the 5th century BC and assess the role played by the Cypriot kings. In terms of method, I will approach these questions by analysing the written sources that provide information concerning political conflicts on the island during the 5th century BC. I will take a Cypriot perspective in order to show how inner-Cypriot rivalries intersected with the relationship to the major powers in the region. The overall impression is that between the unsuccessful Cypriot Revolt in 498 BC and the accession to the throne of the most powerful ruler of the island, Evagoras I of Salamis (before 411 BC), the local kingdoms were rather the objects of Athenian and Persian interests than active players in the larger conflicts.