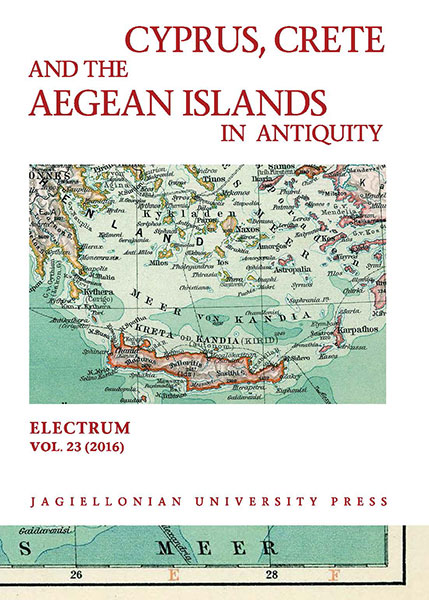 Summary/Abstract: At the end of the eighth century, Cyprus came under Assyrian control. For the following four centuries, the Cypriot monarchs were confronted with the power of the Near Eastern empires. This essay focuses on the relations between the Cypriot kings and the Near Eastern Great Kings from the eighth to the fourth century BC. To understand these relations, two theoretical concepts are applied: the centre-periphery model and the concept of suzerainty. From the central perspective of the Assyrian and Persian empires, Cyprus was situated on the western periphery. Therefore, the local governing traditions were respected by the Assyrian and Persian masters, as long as the petty kings fulfilled their duties by paying tributes and providing military support when requested to do so. The personal relationship between the Cypriot kings and their masters can best be described as one of suzerainty, where the rulers submitted to a superior ruler, but still retained some autonomy. This relationship was far from being stable, which could lead to manifold misunderstandings between centre and periphery. In this essay, the ways in which suzerainty worked are discussed using several examples of the relations between Cypriot kings and their masters.