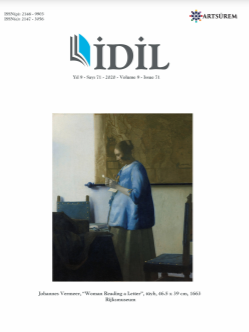 Summary/Abstract: Metaphysics, which deals with concepts such as existence, existentialism, space and god in its general content, is a branch of philosophy. It sought answers to questions related to these concepts through methods and perspectives different from science. The reason for all these questions is the effort to define the universe. Metaphysical philosophy has been the search for a solution to helplessness caused by the uncertainties caused throughout the history by life and death. Perspectives developed in parallel with the perception of the period have also shaped the questions and propositions. All these metaphysical approaches do not contain a definition that is independent of time and space. Time and space, as one of the most fundamental problematics of metaphysics, are accepted as the most important elements in placing and making sense of the human into the universe. In this context, metaphysics, which has a transphysical perspective as well as the accepted scientific expansions of real and reality, was mostly visible in the field of art rather than science. The aim of this article is to analyze the role of metaphysical philosophy in the emergence of metaphysical art in the context of the effects of social events, especially the destructions and disappointments caused by the world wars in the 20th century, on the artists and the reflections of the existential inquiries related to this. Furthermore this study includes definitions and processes of metaphysics. The works of Giorgio de Chirico and Carlo Carra have been interpreted in terms of form and content within the scope of metaphysics by considering the concepts of time-space.