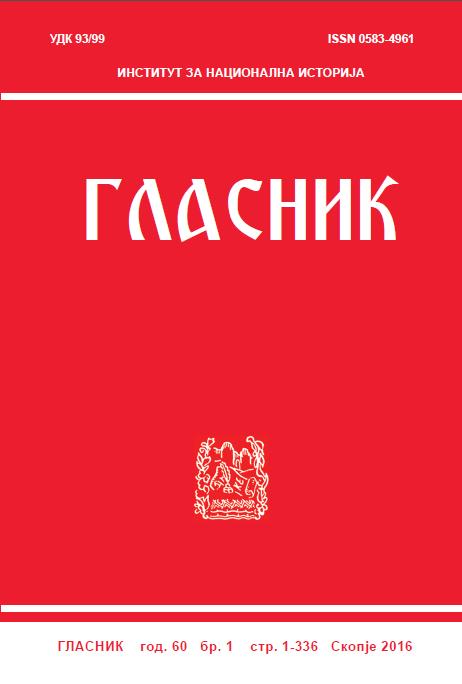 Summary/Abstract: The seventh century was a period when on а military-political plan Byzantium faced with several external challenges that could lead to its collapse. Although the first, the one with Persia, was successfully avoided, still the second, the conflict with the Arabs, inflicted serious damage. The substantial territorial losses that resulted from this war led to a drastic reduction in tax revenue in the imperial treasury. It had dictated the need for change not only of the Byzantine administrative and financial system, but also the army. The restructuring of the Byzantine military system that began at time of Emperor Constans II represented an administrative overhaul on a massive scale. The Thematic military system which the sources from IX and X century depict was not a result of one “radical” reform done in a short period of time and by one Byzantine ruler. It was a long-term process of gradual evolution and transformation that was under strong influence of many different internal, but also external factors, and represented an administrative response of the state to the difficult military, political and financial situation in which it found herself from the middle of VII century onwards, and in fact allowed Byzantium to survive on the international political scene for many centuries.