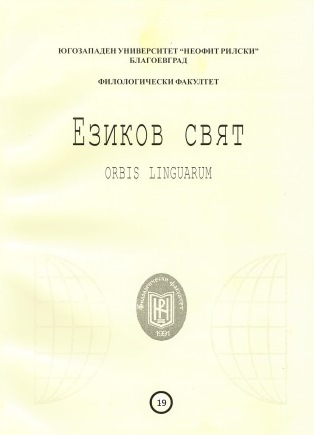 Summary/Abstract: The aim of the work is to trace the development of the prosodic models of the subminimal and minimal words in the child speech production up to a year and nine months of age. It is substantiated that the dominance of trochaic structures in the corpus of child speech reflects a general metric tendency of the Bulgarian language, which is also observed in studies of lexical units with unclear morphological structure. The study traces the quantitative weigh and ways of the realization of the tendency. It is expressed both in the predominant choice of binary units from the adults’ language that are reproduced prosodically correct, and in cases without prosodic compliance with the original word. Among the latter cases, we observe stress shifts to the left in iambic foot units and transformation of the structures into trochaic foot, shortening of units with ultimate stress to moraic trochees or epenthesis of a final unaccented vowel or syllable resulting in syllabic trochees. The main findings outlined in the analysis of the data of the early speech production are formalized by constraints ranking within OT. The dominant constraints of the minimal word stage are: preservation of the accented syllable and the right edge of the target word, as well as the tendency towards binarity of the speech units and left orientation of the accented syllable. In the next stage of mastering the prosodic structure of the language, a reorganization of the constraints occurs, with the dominant position being the preservation of the components of the prosodic structure in the presence of segmental modifications. The mastery of prosodic information is interpreted as a rearrangement of constructs.