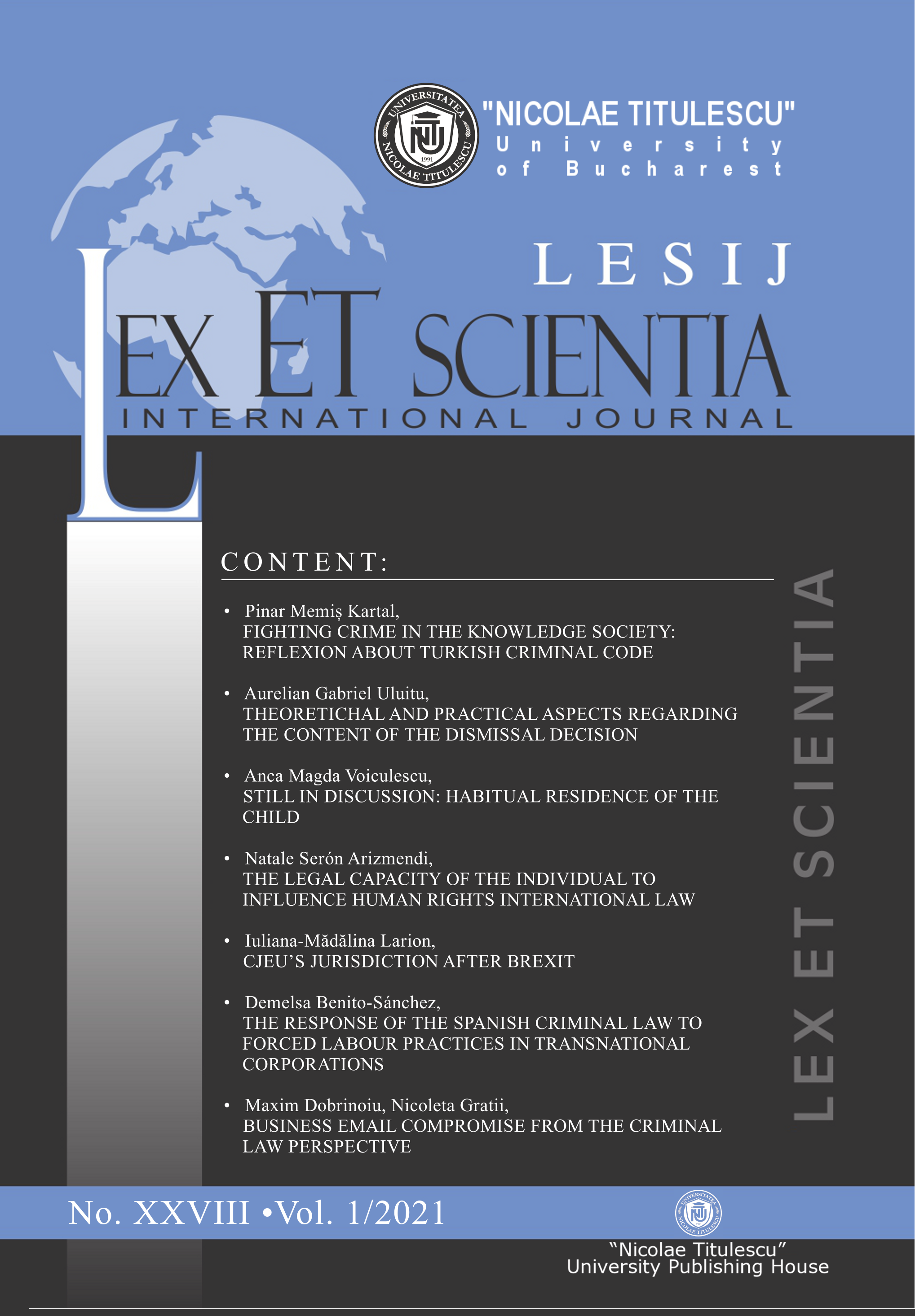 Summary/Abstract: The study explores the main provisions included in the Agreement on the withdrawal of the United Kingdom of Great Britain and Northern Ireland from the European Union and the European Atomic Energy Community regarding the Court of Justice of the European Union's Jurisdiction after Brexit, with emphasis on the preliminary ruling procedure. The scope of the analysis is to determine the nature and the limits of CJEU's jurisdiction to decide matters of EU law involving the United Kingdom and the effects of such decisions, pronounced after the end of the transition period.