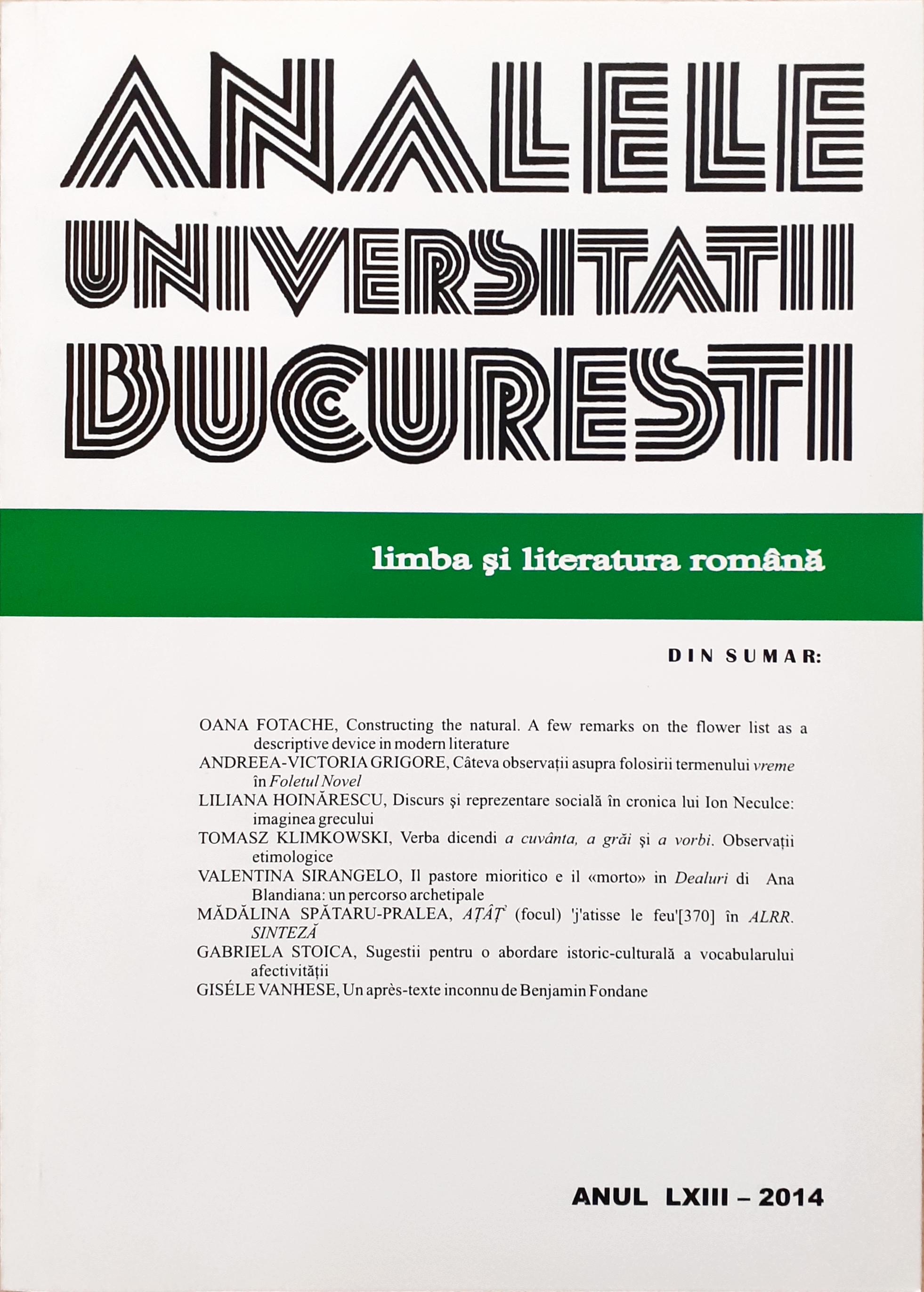 Summary/Abstract: This paper analyses the etymology of the Romanian verbs with the meaning ‘to speak’: "a cuvânta", "a grăi" and "a vorbi". We discuss the origin of a cuvânta, a Balkan Romance word derived from "cuvânt" ‘word’, with parallels in other Balkan languages, especially in Albanian, Macedonian and Serbian, and of the Slavic borrowing "a grăi", which changed its meaning from ‘croaking’ to ‘speaking’. However, we focus on the origin of the verb "a vorbi", which has not been satisfactorily and fully explained until now. We reject the older hypothesis that sustains it was formed on the basis of the noun "vorbă", a variant of the Slavonic borrowing "dvorbă". We try to demonstrate that it should be regarded as a phonetic variant of the older form "a vorovi", which meant intially ‘to make noise’, but is attested with the meaning ‘to speak’ since the 16th century. Most probably, the verb "a vorovi" represents a contamination between two verbs that reproduce the Balkan Slavic verbs "govoriti" and "vreviti", both of them meaning ‘to make noise’.