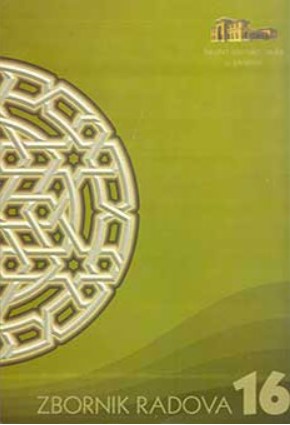 Summary/Abstract: Bosnia and Herzegovina in the last few decades faces the problem of so-called "white plague", i.e. the problem of poor demographic population growth. There are several causes of this negative trend when it comes to population growth, and one of them is the increase in the number of abortions. Modern states have different laws and regulations on abortions, ranging from absolute prohibition of abortion with the possibility of exercise it only for the purpose to protect pregnant women, through its legalization in clearly defined cases to the broad set of options for performing an abortion on request of the pregnant woman and finally to complete legalization of abortion. Our legislative as well as the majority of European legislations in principle allow an abortion, but at the same time restrict certain conditions.

FENOMEN IZDVOJENIH FETVI: POJAM, UZROCI I POSLJEDICE PHENOMENON OF ISOLATED FATWAS: CONCEPT, CAUSES AND CONSEQUENCES 2010 IMAM EŠ-ŠATIBI I NJEGOVO RAZUMIJEVANJE CILJEVA ŠERIJATA IMAM AL-SHATIBI AND HIS UNDERSTANDING OF THE OBJECTIVES OF SHARI'AH 2011 ŠTA BI TREBALI BITI PRIORITETI U RADU I DJELOVANJU ISLAMSKE ZAJEDNICE? WHAT SHOULD BE PRIORITIES IN THE WORK OF ISLAMIC COMMUNITY 2012 JEDINSTVEN KALENDAR ZA CIJELI MUSLIMANSKI SVIJET INTERES UMMETA HAVING ONE UNANIMOUS CALENDAR FOR THE WHOLE OF THE MUSLIM WORLD IS IN INTEREST OF THE UMMA 2012 PROBLEM MJEŠOVITIH BRAKOVA U BOSNI I HERCEGOVINI U PERIODU 1930. - 1940: TUMAČENJE I PRAKSA ŠERIJATSKIH SUDOVA THE PROBLEM OF MIXED MARRIAGES IN BOSNIA AND HERZEGOVINA IN 1930. - 1940.: INTERPRETATION AND PRACTICE OF THE SHARIA COURTS 2014
2023 © CEEOL. ALL Rights Reserved. Privacy Policy | Terms & Conditions of use
ICB - InterConsult Bulgaria core ver.2.0.1219