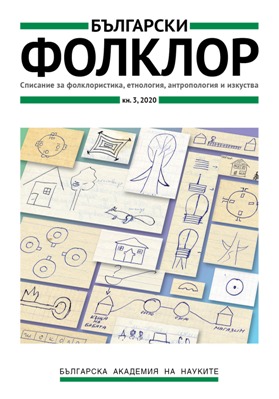 Summary/Abstract: The Karioti are a Greek-speaking ethnographic group from Bulgaria, a large part of which migrated to Greece in the 1920s. The hypotheses about the emergence of the migrant community in the village of General Inzovo as well as the factors influencing the emigration to settlements in Northern Greece (the Municipality of Eginio, Thessaloniki region, and the village of Trikala in Imathias) are diverse: social, economic, political and others. The new environment in which the Karioti settled had a significant impact on the community. Language, traditional clothing and cultural features are part of the external manifestations that distinguish them from other communities. By using certain specific elements in traditional clothing, the community demonstrates a desire to be distinguished among others and vice versa, by rejecting others it reflects a desire to join the urban community.The preservation of the musical heritage of the Greek-speaking communities in the three settlements has gone through several periods, which are not identical in the two countries. Contemporary folklore manifestations and the activities of the community cultural institutions in the settlements aim to preserve the local identity of the Karioti in Bulgaria and Greece.