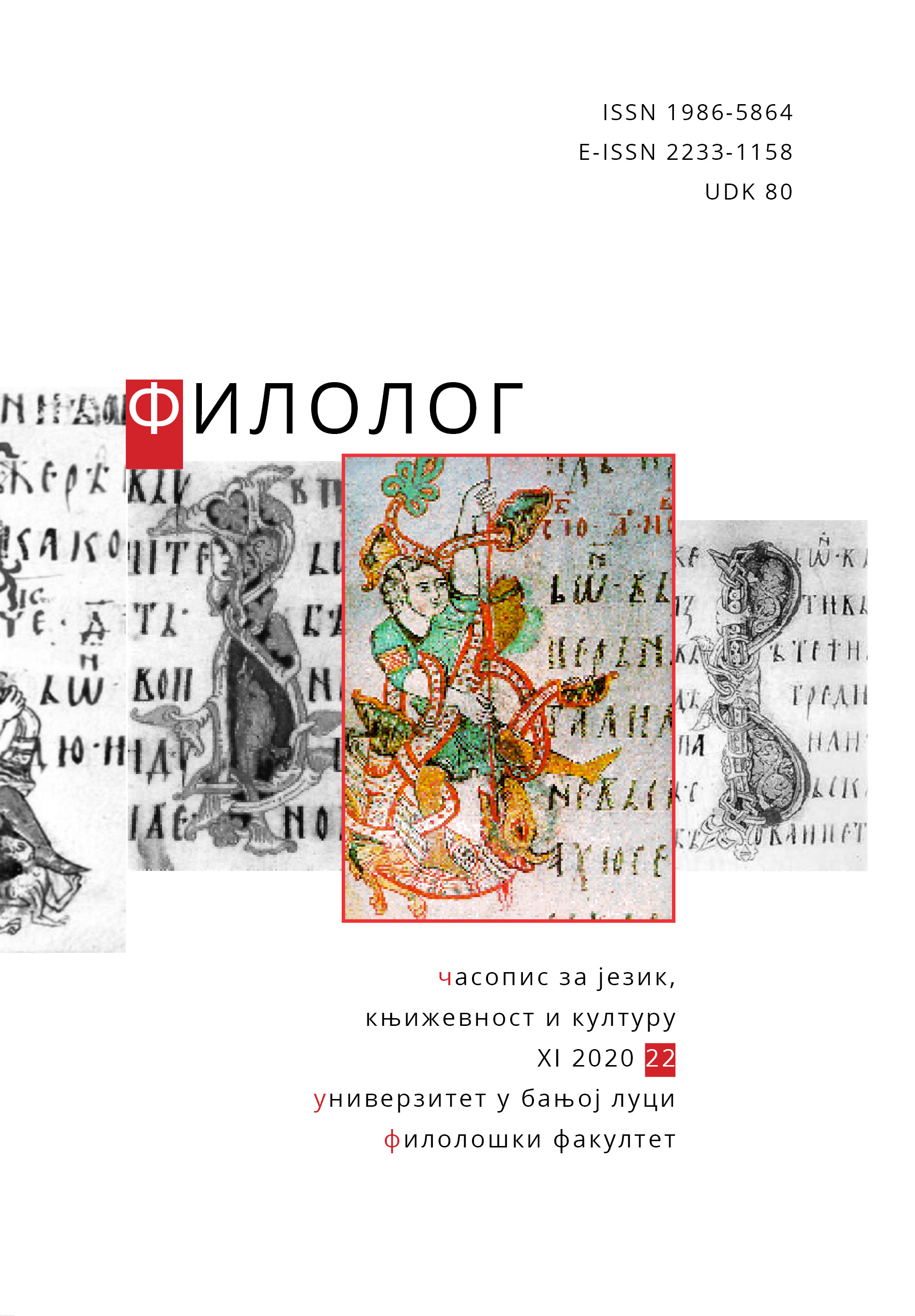 Summary/Abstract: This paper attempts at examining and determining, using the vast corpus of Serbian and German languages, whether the part of speech in question exists as such in each of these languages, as well as whether it (adverb) is a universal or specific language category. The research shows that most languages recognise the adverb as a distinctive part of speech, which implies that it is a universal category that can be defined according to the following criteria: a) morphological (adverbs have no flexions, but they undergo comparison with regard to the relative subclass) and syntactic (conditioned by verbs as nucleus, assuming in most cases the function of adverbials as verb complements; b) rare attributive function before nouns and adverbs themselves; c) differences between specific languages, German and Serbian included, are a result of their respective word formation systems. In this particular case, each of the two languages recognises relatively few simple words (simplizia); on the other hand, the explicit (suffixational) derivation is largely productive in Serbian, whereas there is a completely opposite situation in German concerning this issue (although the process is recorded in the latter as well); and, finally, adverb derivatives in Serbian correspond, as a rule, to adjectives and prepositional phrases functioning as adverbials in German.